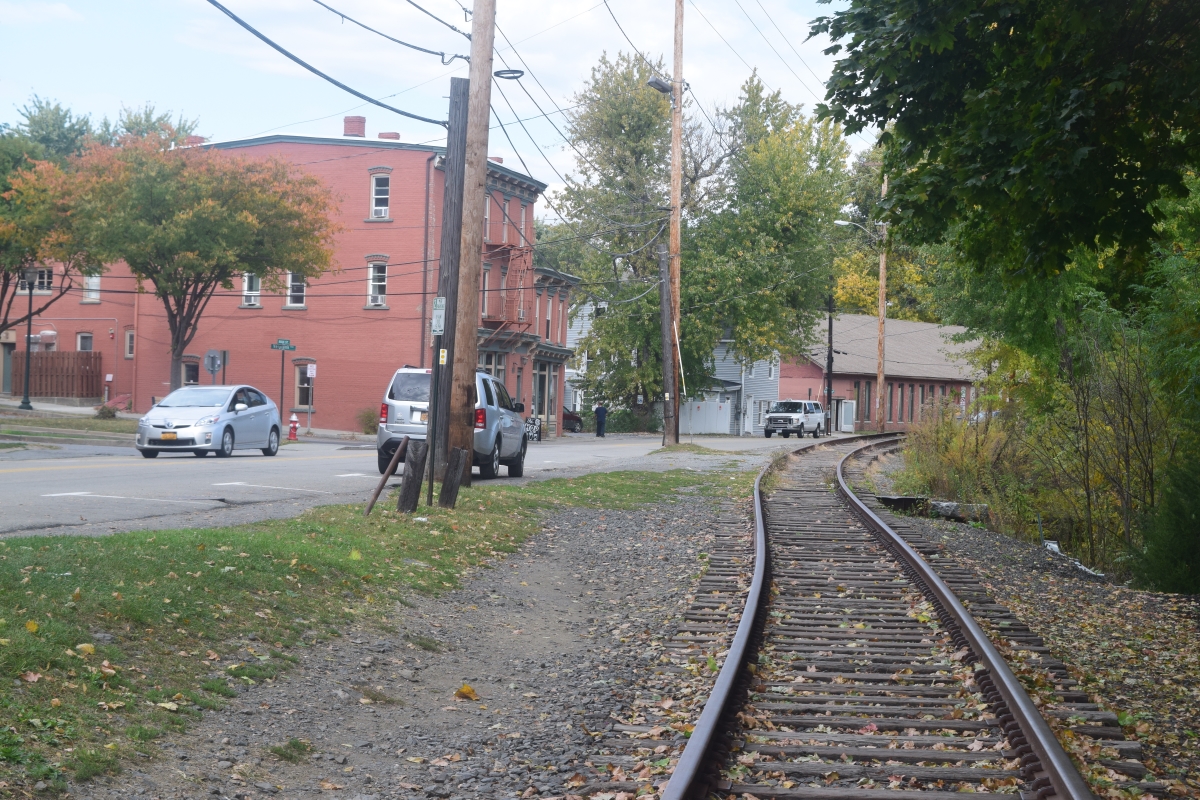 The unused Beacon Line cuts through the heart of Beacon. (File photo by M. Turton)

The rebuilding of the often-congested Interstate 84 and Route 9D interchange just north of Beacon and the conversion of a Metro-North rail line into a trail running from the city to Hopewell Junction are among eight projects identified as priorities for funding by the Dutchess County Transportation Council (DCTC).

The council’s newly updated long-term transportation plan, posted at movingdutchessforward.com and open for public comment until July 16, calls for using $20 million to $50 million in federal funds to replace the bridge carrying traffic on Route 9D over I-84, adding turn lanes on 9D, redesigning on- and off-ramps and making the area around the interchange more pedestrian- and bicycle-friendly.

The DCTC, which is the county’s federally designated transportation planning organization, lists the interchange as one of the four most-congested areas in Dutchess. Chris White, Beacon’s city administrator, said commuters leaving the city’s Metro-North station can cause backups on Beekman Street, 9D and side streets.

“You’ll have times where lights will change and somebody can’t even move,” he said.

Non-drivers also get a nod — a 13-mile recreational trail between Beacon’s waterfront and Hopewell Junction carved out of a 41-mile dormant railroad line between the city and Brewster called the Beacon Line.

Metro-North owns the line and is seeking approval to abandon the segment. The DCTC estimates the cost of converting it to a trail at between $20 million and $30 million, and a timeframe for construction from 2025 to 2035.

“When you have multi-use trails like that that are off-road, people are more inclined to use it for running, for walking, for teaching their kids to ride a bike and it really becomes a vital part of the community infrastructure,” said White.

Metro-North filed on April 30 an application with the federal Surface Transportation Board to abandon the line, which it bought in 1995 for $4.2 million under an agreement that gave the Housatonic Railroad Co. the exclusive right to move freight on the tracks.

Metro-North said that running commuter trains on the line “is not feasible.” In addition, the company said in its application, no freight has moved on the line “in decades” and there is “no record of any train movement — including freight — over any portion of the Beacon Line from 2014 to present.”

Housatonic is opposing the application and seeking to preserve its right to use the tracks.

The DCTC’s other priority projects are in the city and town of Poughkeepsie, Arlington and Hopewell Junction, as well as the expansion of public transit service into southeastern and northern Dutchess County.