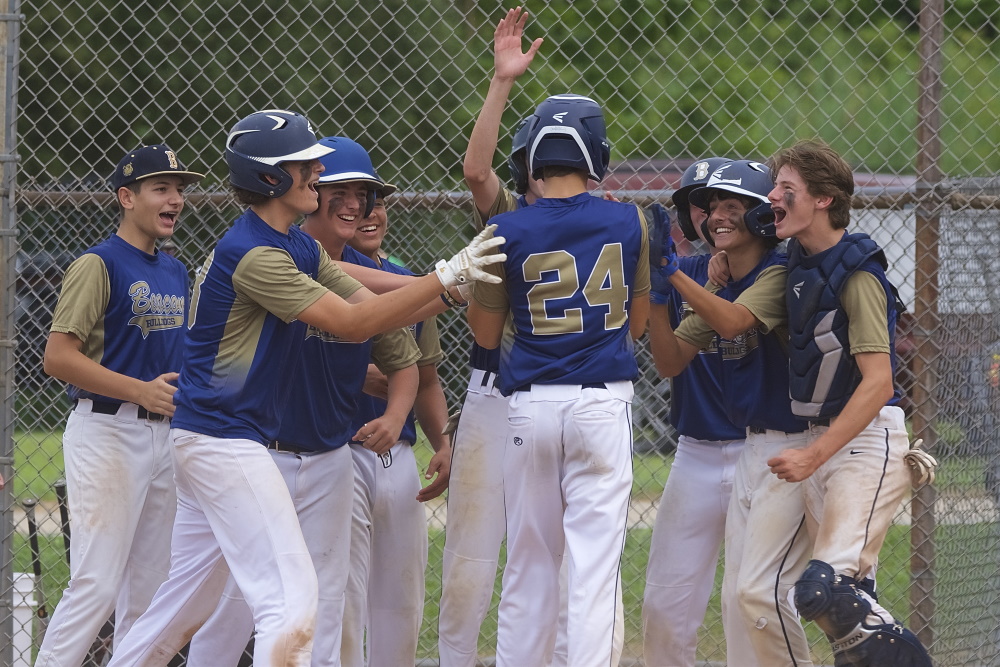 In the 20 games the Beacon traveling baseball team for players ages 14 and under played this summer, they hit two home runs.

In the divisional championship game of the Greater Hudson Valley Baseball League on Sunday (Aug. 8) in Danbury, they hit four, including a grand slam. 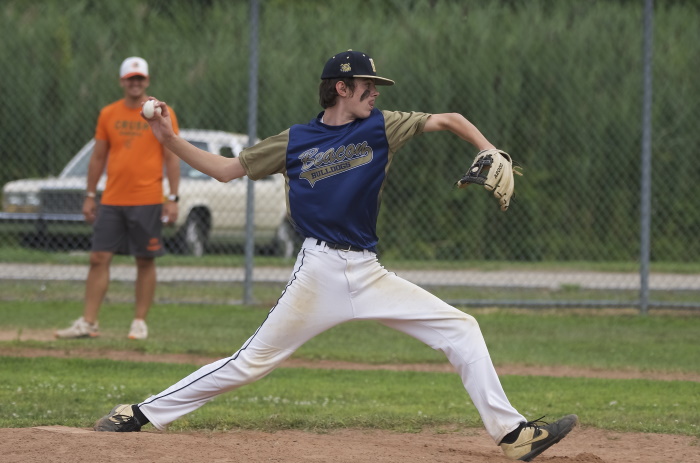 Derrick Heaton picked up the win on the mound for Beacon, going four innings and allowing three hits with seven strikeouts. Anthony Borromeo closed the game in relief. 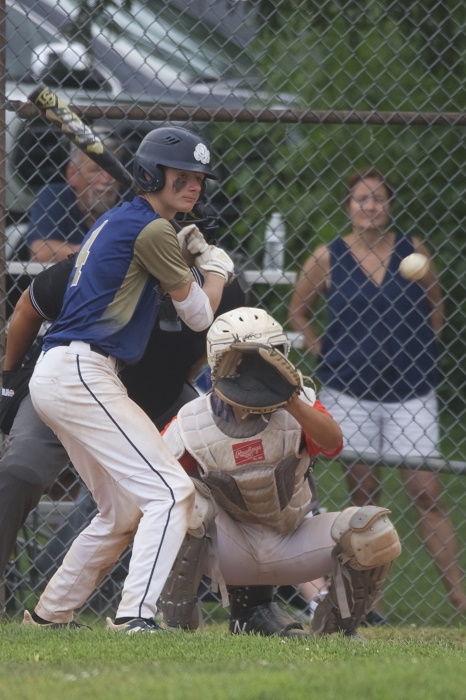 Liam Murphy crushed this pitch over the right-field fence for a two-run homer on Sunday.

The Bulldogs were already up 3-1 in the third inning when Austin Jorgensen connected on a pitch, with the bases loaded, which sailed over the right-field fence. Beacon also got home runs from Heaton, Jack Antalek and Liam Murphy, who hit a two-run blast in the fifth.

“The guys came out fired up,” said Coach Bob Atwell, who also coaches Beacon’s high school varsity. “Derrick and Anthony shut the door on the hill, and we took advantage of the long ball to put it away. We knew we were capable of hitting homers, but we’ve been more of a doubles and triples team this summer.” 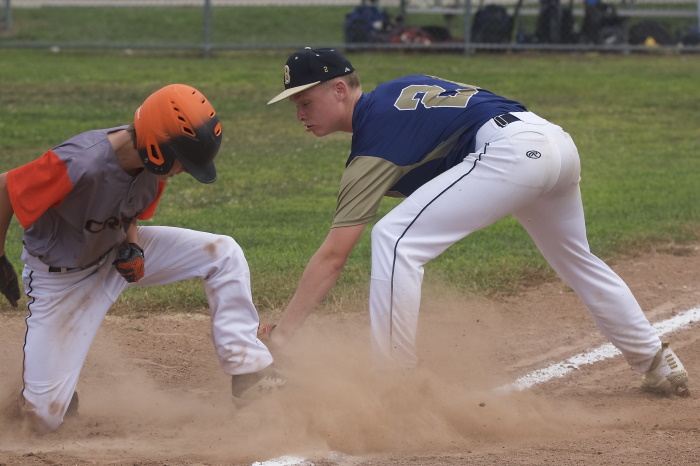 Mercer Jordan puts the tag on a runner at third in Sunday’s title game.

Mercer Jordan went 2-for-3 at the plate and drove in a run, and Jackson Atwell also had an RBI.

The Bulldogs won 12 of their 14 league games and will close out the season with two tournaments, including this weekend in Delaware.