The Southern Dutchess Country Club in Beacon wrapped up its golf championship last month after several postponements because of rain. The flight winners were Trevor Zamudio of Beacon (first); John Torkildsen of Hopewell Junction (second); and Tim Sullivan of Beacon (third). 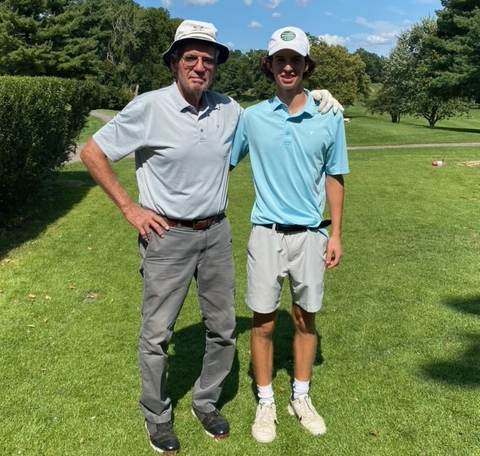 In the championship flight, John Hopper (shown here with Zamudio, his grandson) won the 36-hole match for his seventh club title. His run included a hole-in-one (his 11th) and, at 81, he set the club record for oldest title winner (beating his old record, set when he was 67). Barry Winter of Beacon, who had won the title for five consecutive years, was runner-up.