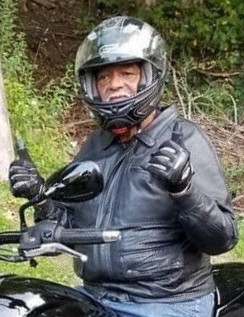 He was born in Raleigh, North Carolina, on July 11, 1945, the son of Ruth Blacknall, and raised by his grandparents, Hillard and Marjorie Blacknall.

William attended schools in Henderson, North Carolina. After high school he relocated to the Hudson Valley, where he became well-known as the son of Cary Hicks and for his many talents as a biker, car racer and softball hitter. He retired from the state Department of Transportation.

He was “Mr. Duster” during his car days, “Shotgun’ during his motorcycle days, “Hicks” to many of his friends and “Bill” to many others.

William was noted, acknowledged and inducted in 1999 to the Beacon Softball Hall of Fame for “accomplishments and contributions to the development, continuation and advancement of fast-pitch softball.” (It was said that he hit the ball so hard and far that it landed in the adjoining Little League field.)

He loved cooking for his family (especially fried turkeys), friends and strangers in need.

He is also survived by his siblings: Carolyn Jarvis (Leon) of Boston; Phyllis Hicks of Henderson; Mozelle Hicks of Kittrell, North Carolina; Armie Hillard Hicks (Lorraine) of Levittown, Pennsylvania, and Scottie and Clifford Hicks of Kittrell. 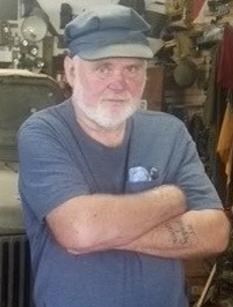 Harold R. Conley, 65, a 26-year resident of Wappingers Falls and formerly of Beacon, died at his home Nov. 30, surrounded by family members.

Harold worked for Bottini Fuel for 44 years until his retirement. He was known for his love of riding dune buggies on Mount Beacon, working on cars and enjoying time with his friends.

In addition to his mother and wife, he is survived by his children, Harold Conley III and Crystal Conley; his grandchildren, Caylee, Cassidy, Noelle, John, Jordan, Joshua and Joseph; his siblings, Sylvia Davis and Eugena Stropoli (Steve); and his stepfather, Daniel Long.

The family will receive friends on Sunday (Dec. 5) from 4 to 7 p.m. at Delehanty Funeral Home in Wappingers Falls. Interment will be at 11 a.m. on Monday at Wappingers Rural Cemetery. 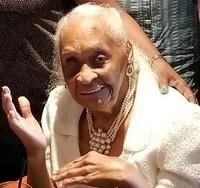 She was born on Oct. 19, 1928, in Ponce, Puerto Rico, the daughter of Inocencio Cambrelen and Elisa Figueroa. She was the eldest of 12 siblings and loved to tell stories of growing up on her island, from her early days of climbing trees to get mangos and harvesting shrimp from the sea, to graduating from Ponce High School and getting her first job as a legal secretary to help support her parents and siblings.

Lucrecia moved to New York City in 1946, where she met and married Jack Cooper. Upon meeting Lucrecia, he stated: “I’m going to marry that girl because she’s gonna make pretty babies!”

The couple lived in New York City until 1949, when they moved to Beacon to raise their family on the hill of Bedford Lane in Glenham where Lucrecia helped her husband and brother-in-law, Pete Cooper, build the home where she would reside for more than 60 years.

Lucrecia was a devout Catholic and lifelong member of St John’s Church. She would burn candles, give out blessed rosary beads and pray fervently for family and friends, her family said. She loved and believed in angels and was a collector of angel figurines. She also enjoyed services and supported programs at Springfield Baptist Church in Beacon, founded by her mother-in-law, the Rev. Mattie Cooper.

As a homemaker, she took great pride in making clothes for her children. She also enjoyed cooking for family gatherings, where she prepared her signature Puerto Rican arroz con gandules and several soul-food dishes, taught to her by her mother-in-law. Lucrecia also loved traveling, dancing and listening to music, spending time at the beach, going for walks, vanilla ice cream and watching TV novelas.

Lucrecia was not only a lover of people, but also had a special love for animals, having owned her beloved parrot, Petey, two lovebirds and a cat named Mishu, her family said. Throughout her life, Lucrecia filled her time crocheting blankets and dolls, doing needlepoint, sewing for family and friends, creating beautiful pieces of ceramic art and swimming in her pool with her children and grandchildren.

Lucrecia was the “Queen of QVC,” which helped her to build a beautiful collection of porcelain dolls, representing the dolls that she could not afford as a child. She also loved her first cars, a blue Toyota Corolla and a Mercury Zephyr.

When her youngest child began school, Lucrecia returned to the work force as an employee of the Bobrich Factory in Beacon. She later worked for the Sonotone Corp. in Cold Spring before beginning what would become her career with IBM in East Fishkill.

During her time with IBM, from which she retired after 30 years of service, Lucrecia rose a supervisory role in the quality control department. She also served as a director of the IBM Club and delighted in planning trips, tours and events for its members.

Memorial donations may be made to the Beacon Senior Friendship Center, care of the Dutchess County Office of the Aging, 114 Delafield St., Poughkeepsie, NY 12601.

A memorial Mass was held on Nov. 27 at St. John the Evangelist in Beacon. Interment is scheduled for Monday (Nov. 29) at 10 a.m. at Fishkill Rural Cemetery. 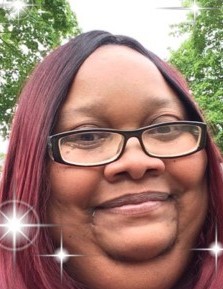 Affectionately known as “Princess,” Illyana was born in Beacon on Dec. 2, 1971, the daughter of the Floyd and June (Galloway) Fleming. She attended Beacon schools and was a graduate of the Washington, D.C., branch of Job Corps, in the administrative assistant program, where she interned at the Department of Health and Human Services.

She worked several jobs, most recently as a chip processor at the IBM/Philips plant in East Fishkill, until her retirement.

Illyana loved puzzles and creative writing and was a fan of the rock group Air Supply. She also enjoyed the Olympics, particularly gymnastics, and the series of Harry Potter movies.