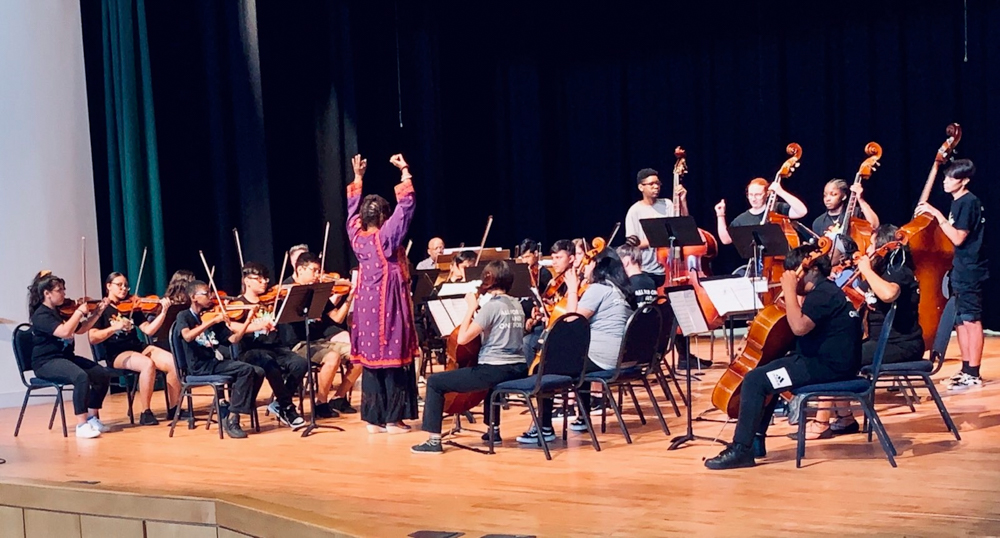 Gwen Laster, the Beacon-based violinist, composer and educator, is expanding her Creative Strings program this winter to include a range of after-school classes led by teaching artists.

Half of the 12-week sessions will take place at the Howland Cultural Center in Beacon and half at The Chapel Restoration in Cold Spring. They begin Jan. 3. 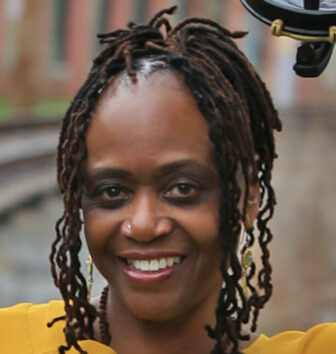 As always, there will be strings. “There are no strings programs at Haldane or the Beacon public schools,” Laster notes. “If we can muster up a bigger string voice in this area of the Hudson Valley, we can put together an ensemble, an opportunity for more string players to come together.”

Laster says she benefited from those opportunities while growing up in Detroit.

“I had lessons twice a week and learned to play piano by ear,” she recalls. “My middle school and high school were on the same campus, so there was continuity. My high school teacher was a forward-thinking violist, so along with traditional training, he made up string arrangements and had the strings section stand up and take solos. He also introduced us to electric violins, some in different colors, to appeal to us.

“My teacher was responsible for sending me to my first music camp, which was at the University of Wisconsin at Madison. I had grown up in a totally Black environment, with Afro-centric teachers encouraging us. At the camp, I was surprised to see all these white people in the orchestra. I found they played a lot more fluently because they had had private lessons.

“From there, I studied on and off, taking lessons after school when my parents could afford it. My teacher was Joe Striplin, who was the first Black musician in the Detroit Symphony. I knew I needed the technical training in order to connect with the music I wanted to play, and that I needed to really learn how to improvise. It was exciting for me to learn the inside of music.

“Eventually, after learning core concepts, you were given the responsibility of being imaginative. This was intriguing to me. I got out all sorts of recordings, learned them note-for-note, transcribed solo work and, through that, learned what I wanted to do.”

Eventually, Laster earned two music degrees from the University of Michigan. She moved to New York City, where she performed with artists in many genres, including Anthony Braxton, Andrea Bocelli, Nona Hendryx and Mark Anthony. She also accompanied Shakira at President Barack Obama’s Neighborhood Ball.

As well as performing at venues from jazz clubs to Broadway orchestra pits, Laster began leading ensembles and orchestrating and composing string arrangements. She has received awards from the National Endowment for the Arts, among other entities.

Laster’s most ambitious project has been founding and running the Creative Strings Improvisers Orchestra (CSIO).

To train the latest group of young musicians, CSIO will offer Ready, Set Up, Sound, a beginner violin group class focusing on traditional skills led by Eva Gerrard, who teaches at the School for Strings. Gerrard completed her bachelor and master of music degrees at The Juilliard School and her doctoral studies at the CUNY Graduate Center; she also has Suzuki training. The hourlong class will take place on Mondays at 4:30 p.m.

For intermediate players, there’s the Laster-taught Stand Up, Take a Solo on Mondays at 6:30 p.m.

Those interested in the cello — combined with singing — are invited to Cello + Song, a beginning group class taught by Patricia Santos, who is a “vocellist” and songwriter. This class will take place on Mondays, from 5 to 6 p.m.

“The younger you are, like in any skill set, the more open and organic you are,” Laster says of her students. “Young players can learn a few notes and they can learn how to jumble notes around and make little melodies. If you’re an improviser, you’re a composer, and vice versa.” 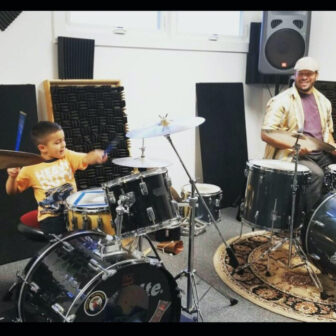 Laster says she also loves “the ‘rhythm-first’ aspect of music — people making their own instruments.” In Universal Rhythms, taught by J. Why, students will get an introduction to frame drumming. Why studied jazz, classical, electronic and experimental music at the California Institute of the Arts, Berklee College of Music and San Francisco State University. He’s also a bass clarinetist. This group class will take place on Mondays at 5:30 p.m.

In addition, Laster’s husband, and Creative Strings co-founder, Damon Banks, will offer private instruction on electric and upright bass. “He’s a history buff of global music, with expertise in North African music, the gnawa music of Morocco, a vast amount of knowledge and experience,” says Laster of her spouse, who is a member of the board of Highlands Current Inc., which publishes this newspaper.

Laster believes that music is an essential part of every child’s educational development. “We all know how music offers cross-curriculum advantages, but beyond that, it teaches children how to listen, how to communicate and how to recognize that there are different cultures, histories, genres and people you don’t learn about,” she says. “I see this uplifting their social skills, their self-esteem, their life skills. I don’t go in with the premise of ‘I’m going to make someone a virtuoso.’ All of this will make you a more-informed young global citizen. Music chooses you. Damon and I created the platform for it to thrive, but it chooses you.”

For more information or to reserve a spot in a class, email [email protected].