Louis J. Amoroso Sr., 82, a lifelong resident of Beacon, died Jan. 28 at Vassar Brothers Medical Center in Poughkeepsie with his children at his side.

Louie began his career with Oliveri Brothers Construction before he joined Carpenters Local 323 in Beacon. He was a carpenter for 12 years before he became the business representative for the union. He retired in 1997. He also built the Amoroso family home.

Louie was proud to be from Beacon and showed his love for his beloved city by his volunteer service. He was a 50-year active life member of Mase Hook and Ladder Co. and a founding member of the Pop Warner football league. He was a member of St. Rocco’s Society and Beacon Elks Lodge No. 1493 and a lifelong parishioner of St. Joachim-St. John the Evangelist Church. Louie was also a member of the Newburgh Fast Pitch Hall of Fame.

A Mass of Christian Burial was held on Feb. 2 at St. Joachim Church. Memorial donations may be made to the Leukemia & Lymphoma Society (lls.org/donate).

Josephine Chevere, 84, a former resident of the Howland Avenue Group Home at Ability Beyond in Beacon and most recently of Staatsburg, died Jan. 31 at the Renaissance Rehabilitation and Nursing Center.

She was born Jan. 13, 1938, in Haiti. Interment will take place at LaGrange Rural Cemetery in Poughkeepsie.

Peggy was a longtime communicant of St. Joachim-St. John the Evangelist Church in Beacon.

Along with her husband of 48 years, she is survived by her daughters, Mary Ellen Inness and Nicole Inness-Donovan (Ryan); a granddaughter, Ryleigh Donovan; her siblings, Thomas Kelly (Nancy) of Naples, Florida, Isabelle Kelly of Highland, and Susie Griffith (Jack) of Katonah; and a sister-in-law, Cathy Kelly of Hyde Park.

Her son, William Inness, and two brothers, Claude Kelly and Patrick Kelly, died before her.

The family will receive friends on Sunday (Feb. 6) from 2 to 6 p.m. at Libby Funeral Home in Beacon. A Mass of Christian Burial will be offered at 10 a.m. on Monday (Feb. 7) at St. Joachim Church in Beacon, followed by interment to St. Joachim Cemetery.

Memorial donations may be made to the St. Jude Children’s Research Hospital (stjude.org).

Born in Beacon on Dec. 28, 1934, she was the daughter of Cornelius and Dorothy (Lind) Lent. After graduating from Wappingers Central High School in 1952, she earned a degree in nursing from Albany Medical College in 1955 and worked as a registered nurse for more than 40 years at the Highland Hospital in Beacon.

She married Charles Wilson Sr. in 1972 and Donald Irwin in 2019. Both died before her, as did her twin sister, Dorothy Vecchi.

A graveside service was held Feb. 2 at Fishkill Rural Cemetery. Memorial donations may be made to the Hudson Valley Hospice Foundation  (hvhospice.org).

Richard Charles Johnson, 74, a lifelong area resident, died Jan. 31 at Vassar Brothers Medical Center in Poughkeepsie with his wife by his side.

He was born in Beacon on April 5, 1947, the son of Donald and Corrine (Scofield) Johnson. Rich was raised in Cold Spring and graduated from Haldane High School. On April 12, 2017, he married Judy Tozzi in Fishkill.

An interest in cars and motorcycles began at an early age, as he grew up working at his father’s shop, Johnson’s Garage in Beacon. He became a skilled mechanic and body technician and had a long career in automotive maintenance and repair. He previously worked for Mann’s Auto Body in Fishkill. His sons also became interested in auto-body work, and Rich always loved visiting them at their shop, DC Collision in Wappingers Falls.

In addition to his passion for cars and motorcycles, Rich enjoyed trips to the beach with his wife, especially in Florida and the Jersey Shore. Rich enjoyed watching television and took great interest in investigative and police shows. He was an exceptional husband, father, grandfather and friend, his family said.

Along with his wife, he is survived by his sons, Richard Johnson and Robert Johnson (Anna), both of Wappingers Falls; his stepson, Bryan Tasker of New Paltz; his grandchildren, Tamara, Luciano, Valentina, Zoe, Zachary, Mikila, Bailey, Sierra and Ryan; a great-granddaughter, Scarlett; and his sister-in-law, Mary Johnson.

Calling hours will be held from 2 to 4 p.m. on Sunday (Feb. 6) at McHoul Funeral Home in Fishkill, followed by a memorial service. Donations may be made to St. Jude Children’s Research Hospital (stjude.org). 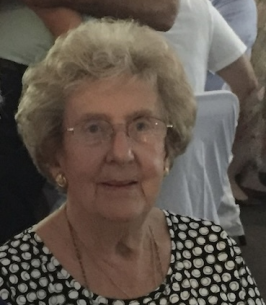 Born Dec. 4, 1934, in Mannheim, Germany, she was the daughter of Karl and Louise Haak. On Dec. 22, 1956, in Perth, Australia, she married Karl Heinz Moritz. There, Karl and Hanna owned a deli, met lifelong friends and traveled. They moved to the U.S. in 1961 and settled in Beacon, where they raised their family.

Hanna was known for her warm-hearted hospitality, dedication to her family and for being an amazing cook who loved to share her meals, her family said. “Nana” especially loved to spend time with her grandchildren and great-grandchildren.

Memorial donations may be made to the Hudson Valley Hospice Foundation (hvhospice.org).