Summer camp is an American institution that dates to the late 19th century. There are more than 12,000 that operate in the U.S., from day camps to multi-week sleep-away programs. Millions of children and teens enjoy everything from astronomy, debate, backpacking and scuba diving to digital photography, magic, farming and aviation.

But the s’mores around a campfire are still there.

A few Highlands residents recently shared their memories from years gone by. 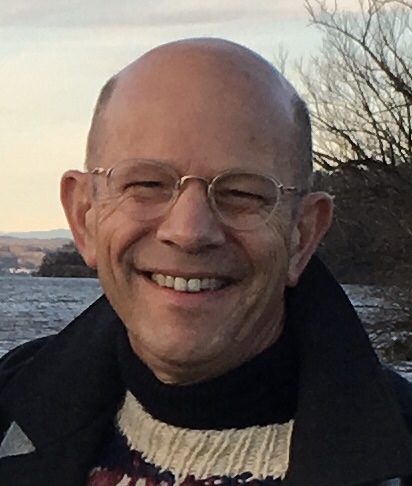 Fifty-five years ago, 6-year-old Pete Smith attended Camp Aleluia, a day program near Waterbury, Connecticut. He must have liked it. He returned every summer until he was 14, including stints as a junior counselor.

“It had a very ‘kumbaya’ vibe, and lots of nuns with guitars,” he recalls.

A self-described “camp runt,” he found that his stature didn’t limit him. “I won the pie-eating contest two years in a row!” he said.

But it was the beauty of the camp music and art that affected him most. “I’m sure it inspired me in my later life in the performing arts.” 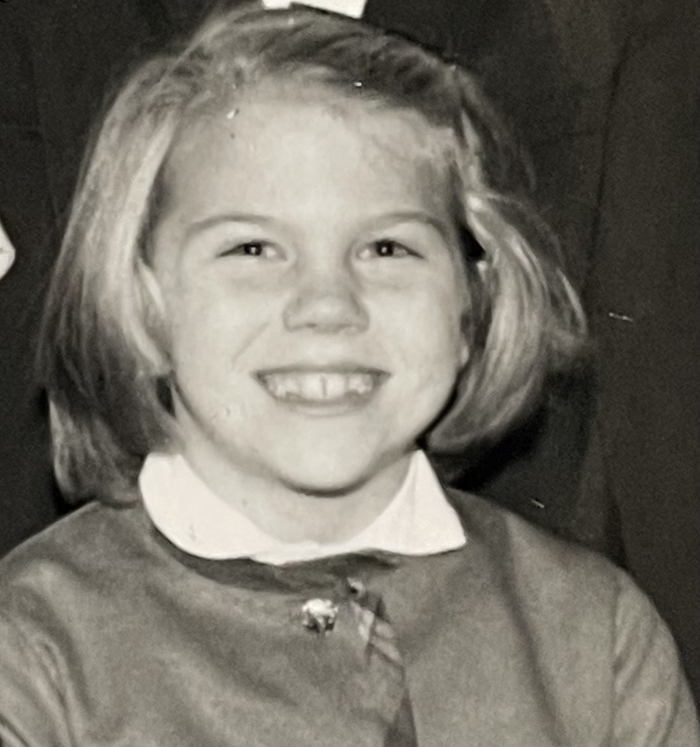 Not every 10-year-old relishes going to camp. In 1964, Carol Filmanski’s Sunday school teacher gave her a brochure for Quinipet Bible Camp. She made sure her mom never saw it.

“We thought our parents wanted to get rid of us, and torture us with the Bible!” Carol recalls.

The church paid each kid’s camp fee, and Carol was off to Shelter Island, like it or not.

“It was nothing like what I anticipated,” she admits. “We all had a fabulous time.”

Her days included swimming in Peconic Bay, while dodging the Portuguese man-o’-wars.

“And we had hikes to see the island’s abundant, large osprey,” Filmanski said.

She did have to attend vespers but that proved “pretty painless,” she recalls.

Filmanski said there was a sense of adventure at camp, sometimes in unusual forms. “All I could think of was that I could sleep on the fire escape!” (It was on the third floor of the old house that served as her cabin.)

One memory has lasted a lifetime, thanks to her friend Maureen.

“She had a boyfriend at camp; they were ‘an item,’ ” Filmanski recalled with a laugh. “We still talk about him to this day.” 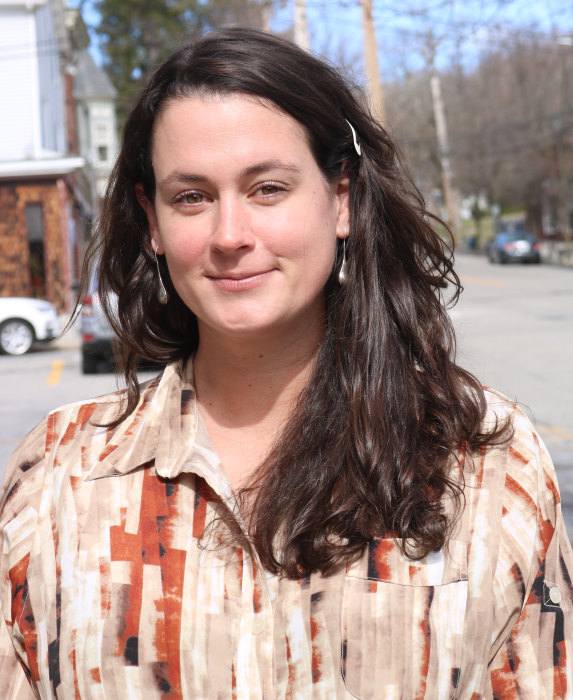 For Melanie Leonard, summer camp was “everything horses,” for three summers until age 12. Her routine at Pony Farm, in Laconia, New Hampshire, meant getting up at 5:30 a.m. to muck stalls and feed the horses.

“You got a horse for the week; you’d take care of it like it was your own,” she recalled nearly 25 years later. “It was amazing.”

After chores, she got to ride. Campers could choose activities such as dressage, jumping and showing, but one adventure topped the list: riding to the swimming hole.

There was more to camp than horses. “It grew so far beyond that,” she said, “It was the camaraderie; people came there from all over the country, and the world.

It was day camp at the Garrison Art Center that impressed 14-year-old Caitlan Chadwick.

“It wasn’t a typical art camp,” she recalled of her experience a quarter-century ago. “Even though I went to a great high school in Westchester County, I was exposed to a lot of new things.”

GAC had a particular vibe, she said. “It was a breath of fresh air, like I had entered another world,” with programs such as printing on copper and paper-making.

Chadwick has a favorite memory: sitting by the river on a summer day, taking in the beauty of Garrison’s Landing. She captured the scene on a copper print that she still has.

Camp did present one difficulty — the commute from Westchester. Each morning she walked a mile to catch a bus to the Metro-North station, and took one train and then a second to get to Garrison. “It was a big commute for a 14-year-old,” she said.

Her perseverance paid off. She was asked to come back the next summer as a junior counselor and a year later as a counselor. 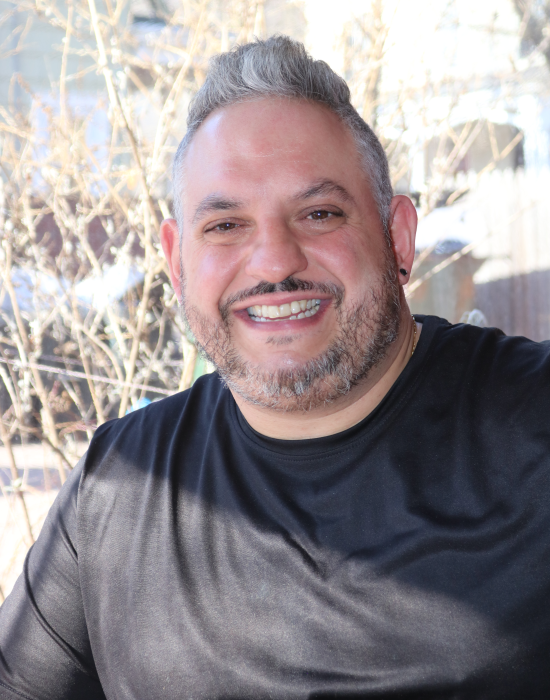 Michael Vierra was an away-camp “major leaguer,” attending both four-week sessions at Camp Wonposet in Litchfield, Connecticut, for three summers in a row, until age 14.

“It had everything,” he said, including equestrian activities, woodshop, drama, archery, riflery and waterskiing.

Certain camp traditions, such as the Saturday night fire, were considered “sacred,” Vierra said. “The owner had a vision, to connect people from around the world. My waterskiing guy was from Australia; the woodshop was run by a woman from Finland and a guy from Scotland.”

“There was great camaraderie; we got to eat together, stay up later and see a blockbuster movie every week,” he said. “I remember one was Men in Black; it was the ’90s.”

He also developed his social skills. “I learned if I was nice to the girl who did the juice call, I got an extra juice!”

A major highlight was the competition between the blue and red teams, culminating with the war-canoe race.

“There were 14 kids in each canoe,” Vierra said. “I remember paddling so hard, and winning two years in a row.”

Camp Wonposet closed after a 99-year run. Vierra has come to appreciate its history and belongs to a Facebook community for alumni.

“It’s amazing to talk to people who went there in the 1960s,” he said. “They sang the same songs, did many of the same activities; it’s really cool.” 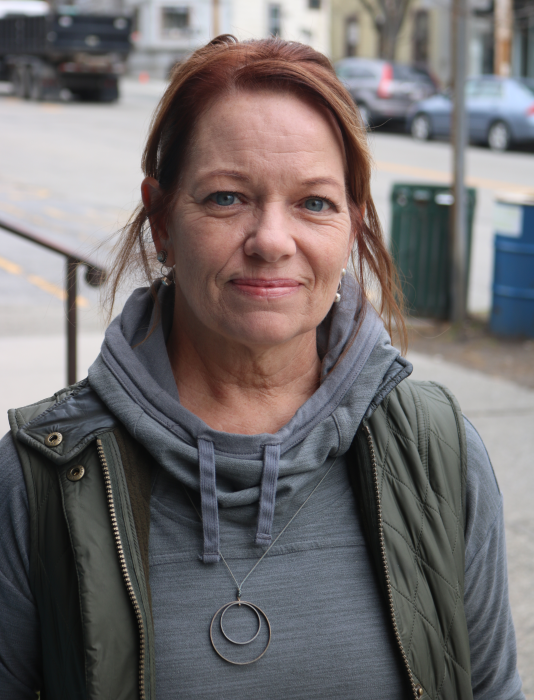 Lori Moss experienced camp from a very different perspective. As assistant director of the Manitoga/Russel Wright Design Center in Garrison, she supervised its Nature and Design day camp for 5- to 12-year-olds from 2007 to 2014.

One of her fondest memories was seeing children learn.

“Watching them make the connections between nature and design, gaining insight into Russel Wright’s design of Manitoga, was beyond words,” she said. “Kids get it!”

Safety was paramount on the camp’s rough terrain and Moss has one especially vivid memory: A timber rattler showed up, followed by a copperhead. A “speed dial” call to a local reptile expert kept everyone safe.

She is passionate about what young people gain from attending camp.

“I firmly believe it instills a real respect for nature,” Moss said. “And the biggest benefit is learning how to work with others as part of a collaborative team.”

Camp at the Camp
Beacon
845-765-8440 | bit.ly/camp-at-camp
The city’s Recreation Department plans to hold two 2-week sessions for children ages 5 to 11 and counselors-in-training ages 12 to 15, the first starting July 11 and the second July 25. Registration opens April 5 for Beacon residents and April 6 for everyone. Cost: $500 per session ($625 non-residents)

Capuchin Youth & Family Ministries
Beacon
capuchin.org/cyfm/summer-program
The Friars organize three programs over the summer: The Summer Outreach Week for middle and high school students at St. Joachim’s Church in Beacon (June 27 to July 1), which is $50 per day or $225 for the week; a mission trip to Harlan, Kentucky from July 9 to 17; and the Catholic Literature and Arts Summer Program from July 31 to Aug. 6 at the Mt. Alvernia Retreat Center in Wappingers Falls.

Clearpool Camp
Kent
825-225-8226 | greenchimneys.org
Three sessions starting June 27 for preschoolers to Grade 8. There are also leaders-in-training and counselors-in-training programs. Cost: $310 to $345 per week

The Foundry Montessori
Cold Spring
foundrymontessori.com
The school will offer weeklong programs for children ages 4 to 6 from July 5 to Aug. 12.

Hudson Hills Montessori
Beacon
845-831-1100 | hudsonhillsmontessori.org
The school will have camps for children ages 3 to 6 from late June through August. Call for information.

Kiwi Country Day Camp
Carmel
914-276-2267 | kiwicountrydaycamp.com
Kiwi has a camp for students entering the first through 8th grades for up to eight weeks, as well as preschool and counselor-in-training programs. Camp begins on June 27 and continues through Aug. 19. The minimum session is 4 weeks for about $5,000.

Philipstown Recreation
Garrison
845-424-4618 | philipstownrecreation.com
Camps for preschoolers to Grade 12 run weekly starting June 27 and include sessions devoted to sports and theater and the Junior Fire Academy. Registration opened March 21 for residents and will open Monday (March 28) for non-residents. Although most camps are full and have waiting lists, there are still openings in sports and theater camps, the free fire academy (July 25) and for some grades in the day camps. Cost: $155 per week ($170 non-residents)