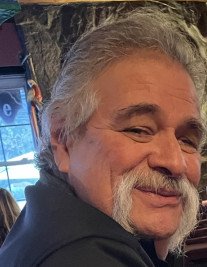 Philip R. Padilla, 70, of Cortlandt Manor and formerly of Philipstown, died on May 6 with family members at his side.

He was born on June 19, 1951, at New York Hospital in Manhattan, the son of Rudolph and Connie Padilla. He grew up in in Continental Village and attended the Garrison School and graduated in 1969 from O’Neill High School in Highland Falls.

Phil owned and operated Concepts by Bil-Tech Construction in Cortlandt Manor and was a creative master craftsman who specialized in home remodeling. In 1967 he met Rosie Figueroa; they were married on Nov. 15, 1969.

Along with his wife of 52 years. Phil is survived by his children Brion (“Butch”) Padilla (Erika Egger) and Barbara English, as well as his grandchildren, Meghan Padilla and Bryen Padilla and a great-granddaughter, Payton Ann Padilla. He is also survived by his siblings, Christina Gilsenan (John), James Padilla (Christina), Roland Timothy Padilla (Loretto) and William Padilla (Karen). A brother, Roland Rudolph Padilla, died before him.

A memorial celebration will be held on Saturday (May 14) from noon to 3 p.m. at the O’Mara & Carpentieri Funeral Home, 97 Broadway, in Verplanck.