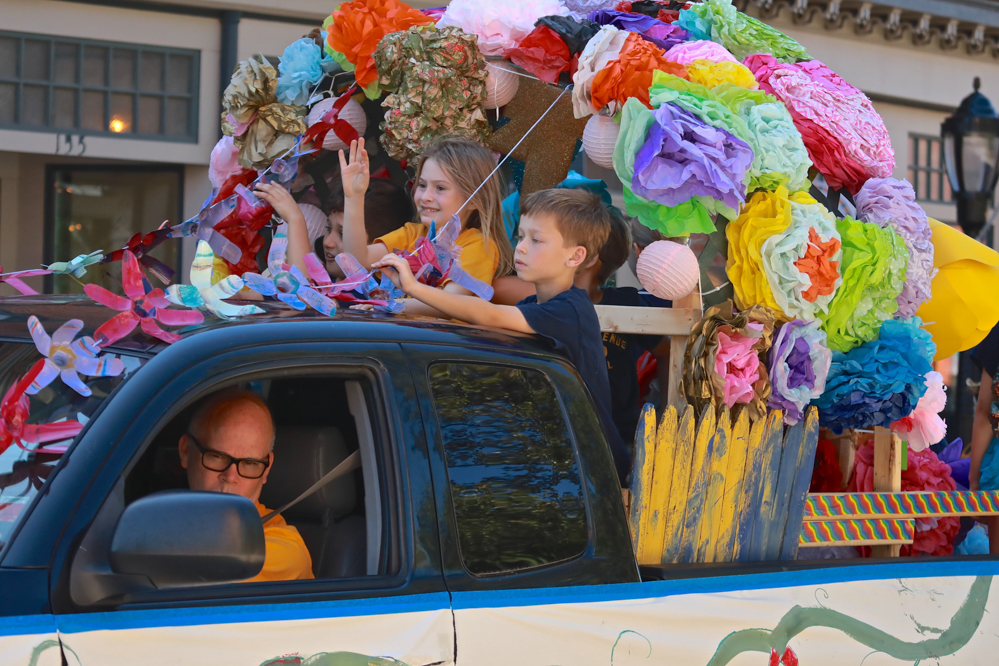 The most recent, unfettered Spirit of Beacon Day parade was held in 2019. (File photo by Ross Corsair)

With the pandemic again seeming to recede, Beacon is poised to return to its traditional Spirit of Beacon Day parade and Main Street fair at the end of September — if someone steps up to manage the event.

Gwenno James, who leads the volunteer Spirit of Beacon Day Committee, has taken a job that requires travel and will restrict her participation, she told the City Council at its Monday (June 6) meeting. She said she so far hasn’t found anyone to take over.

“We are really low, on the ground, for manpower,” James said. “Without new people stepping in, we won’t be able to run it this year.”

Spirit of Beacon Day has been held annually since 1977 on the last Sunday in September. This year’s event would be the 45th and the first since 2019 not marred by the pandemic.

In 2020, organizers held a “drive-by” event, with community groups and officials crisscrossing the city in school buses. There was also a virtual concert. Last year, satellite events were held throughout the city.

Someone will need to coordinate the 80 groups that participate in the parade, James said on Monday. Another 80 to 100 groups set up booths along Main Street.

Volunteers will also be needed to coordinate entertainment and children’s events, which have typically been held on the lawn of the Salvation Army at 372 Main St.

James said anyone interested in volunteering can email her at [email protected].

The council on Monday approved spending $1,500 to hire Granicus, a digital communications and records management firm, to monitor compliance with the city’s law regulating short-term rentals. A Dutchess County grant will cover the other $5,000 of the cost.

In 2020, the City Council amended the zoning code to allow rentals such as those booked through Airbnb.

Beacon homeowners and tenants are permitted to rent or sublet homes or apartments for up to 100 days per year and 30 days at a time. The rental spaces must be owner-occupied, which means that they must be the owner or renter’s primary residence, not an investment property. An inspection and $150 permit is required.

The city has issued 11 permits in the past two years, but Granicus told the council it had identified 170 Beacon properties listed on Airbnb or other platforms.

Consultants from Weston & Sampson, a planning and design firm, have begun collecting data to assess the city’s recreational needs, including a community center. The City Council in 2021 budgeted $50,000 for the study.

Much of the work so far has involved taking inventory of the city’s recreational facilities and their condition, programmatic reach and demographic information, Daniel Biggs of Weston & Sampson told the council.

Beginning this month, the firm will conduct interviews and hold meetings with focus groups and members of the public. Residents also will be asked to fill out surveys, and Weston & Sampson will continue outreach at events such as Spirit of Beacon Day and the Beacon Sloop Club’s annual Strawberry Festival. The data is then analyzed against local and national trends, Biggs said.

City Administrator Chris White said he hopes residents will respond to the needs assessment as readily as they did to an open-space survey conducted by the Conservation Advisory Committee. “If we can get that type of participation, we’ll get something really valuable,” he said.

The Beacon City Council adopted a good-cause eviction law earlier this year, although it did so against the advice of city attorneys, who said they believed the state’s Housing Security & Tenant Protection Act would supersede any local regulation.

The Beacon law requires landlords to demonstrate “good cause” before a judge can begin eviction proceedings. It also lists conditions that must be met before a landlord can increase a tenant’s rent more than 5 percent.

Landlords argue that the laws amount to rent control and unfairly restrict them from setting rent based on their overhead costs. Lawsuits filed by landlords in Newburgh and Albany seeking to overturn those municipalities’ laws are pending.