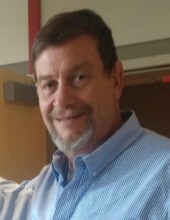 A 1977 graduate of Yorktown High School, Budd earned an associate’s degree from Westchester Community College before serving as a military police officer at the U.S. Military Academy at West Point from 1979 to 1982. He then served as a police officer in Cold Spring and finished his career with the Town of Kent Police Department.

Budd’s hobbies included NASCAR racing and RC Car Racing. He also enjoyed building model cars, which he entered in competitions, and was written up several times in car model magazines. He delighted in camping at the Rip Van Winkle Campground with his wife and friends, cuddling with his cat, Smudge, and decorating for the holidays, which culminated with a giant reindeer display on his front lawn at Christmas.

Along with his wife, the former Frances Granata, Budd is survived by his father, Julien Elfenbein; his sons, Travis, Thomas and David; and his grandchildren: Eleanor, Fiona, Catherine, Rory and Hudson. He is also survived by a sister, Reed Elfenbein; a brother-in-law, David Stier; and his sisters-in-law, Irene Slattery, Lorraine Guarnera and Theresa Alletto.

Calling hours will be held from 11 a.m. to 1 p.m. on July 7 at Sweet’s Funeral Home in Hyde Park. A memorial service will take place at 12:30 p.m. Memorial donations may be made to the Hudson Valley Hospice Foundation (hvhospice.org).