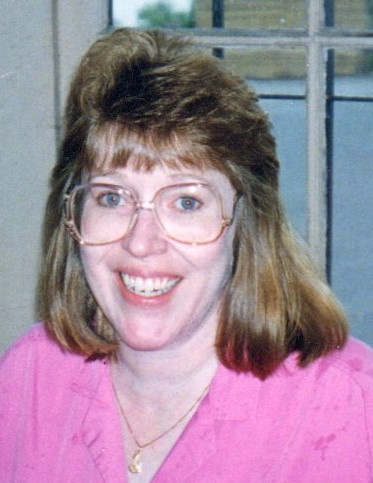 Jane Claire Daley, 64, a longtime resident of Beacon, died July 17 at her home after a long illness.

Born July 15, 1958, in Perth Amboy, New Jersey, she was the daughter of John and Jane Claire (Brennan) McHugh.

Jane owned a large number of adopted cats, four dogs and even some bunnies over the years. When she wasn’t playing with them, she loved reading and making puzzles.

Along with Bob Daley, her husband of 33 years, Jane is survived by her stepson, Joe Daley (Justina) of Hyde Park; her siblings: Maryellen Olsheski (Joseph) of Paupack, Pennsylvania; Sharon Napolean (Tom) of Cranston, Rhode Island; Cathy McHugh of New York City; and Pat McHugh (Pam) of Troy, Michigan; and 10 nieces and nephews.

Memorial donations be made to Mid-Hudson Animal Aid (midhudsonanimalaid.org). 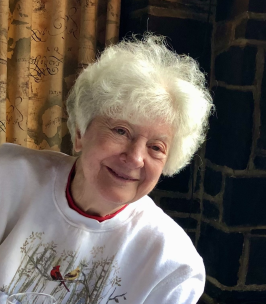 She was born April 8, 1931, in North Tarrytown, the daughter of Joseph and Elizabeth “Elise” (Cummings) Jaston. She graduated from North Tarrytown High School in 1948. She married William Decker, who died on Dec. 17, 2021, after 63 years of marriage.

Elizabeth began her working career as a telephone operator for New York Telephone before she stopped working to raised her daughter. After her daughter was grown, she went back to work as a proof operator for Fishkill National Bank in Beacon, where she retired after 15 years. She was a parishioner of St. Joachim-St. John the Evangelist Church.

Elizabeth is survived by her daughter, Joan Marie Kline (Alan) of Endwell; her grandsons, Bill Kline of Beacon and Tom Kline of Endwell; three nephews and three nieces; and her two grandnephews and one grandniece.

Family and friends will gather on Sunday (July 24) from 4 to 6 p.m. at Riverview Funeral Home by Halvey, 2 Beekman St., Beacon. A Mass of Christian Burial will be held on Monday (July 25) at 10 a.m. at St. Joachim Church, 51 Leonard St., in Beacon, followed by interment at St. Joachim Cemetery.

Memorial donations may be made to the Alzheimer’s Association (alz.org) or a local animal shelter. 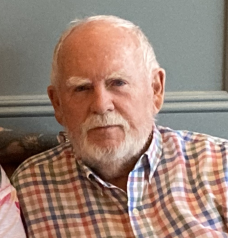 He was born June 28, 1940, in Beacon, the son of Oliver and Mae (Gleason) Lynch. After graduating from Beacon High School, he worked as a project manager for Lanc & Tully Engineering & Surveying, SUNY New Paltz, the state parks department and Dick Barger Surveying. He retired in 2020.

Over the years, Harry had been active with several community organizations, serving as a president of the Beacon school board, chair of the Planning Board, Dutchess County legislator and president of the Dutchess County Board of Health. He was a member of the East Hook Sportsmen Association and a parishioner of St. Joachim-St. John the Evangelist Church.

Family and friends will gather on Monday (July 25) from 4 to 8 p.m. at Riverview Funeral Home by Halvey, 2 Beekman St., in Beacon. A Mass of Christian Burial will be held on Tuesday at 10 a.m. at St. Joachim Church, 51 Leonard St., followed by interment at St. Joachim Cemetery. 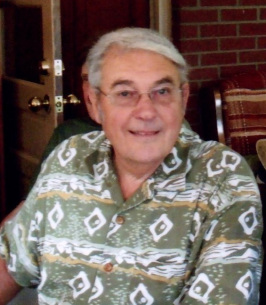 He was born in Beacon on April 2, 1933, the son of Ronald and Helen Nenni. His wife, Constance, died before him.

James was the owner of Ninnie Construction Corp., which was founded by his father and uncle, Eugene Ninnie, in 1929 The excavation business was his life, his family said. He started at age 15 working for his father as a laborer, then as a truck driver. He served in the U.S. Air Force from 1956 to 1959, then returned to the business.

In 1963, James became vice president. In 1980, he changed the name to Nenni Equipment Corp. and also launched Nenni Construction Co. Inc. He was also vice president of Nenni Construction & Excavating Co. Inc. and owned 102 acres in East Fishkill. In 1968, James won his first project at the IBM complex in East Fishkill and continued to work at all the IBM facilities in the Hudson Valley for the next 29 years.

From the early 1990s through today, James has worked on most of the major projects in the area. At one point, in the 1990s, he grew the company so large that he had 102 union workers and more than 300 pieces of equipment. He was the force behind the excavation business in the Hudson Valley from the 1970s to 1990s and was one of the largest excavating contractors in the area.

A Mass of Christian Burial was offered July 19 at St. Joachim’s Church in Beacon, followed by interment at Poughkeepsie Rural Cemetery with military honors.