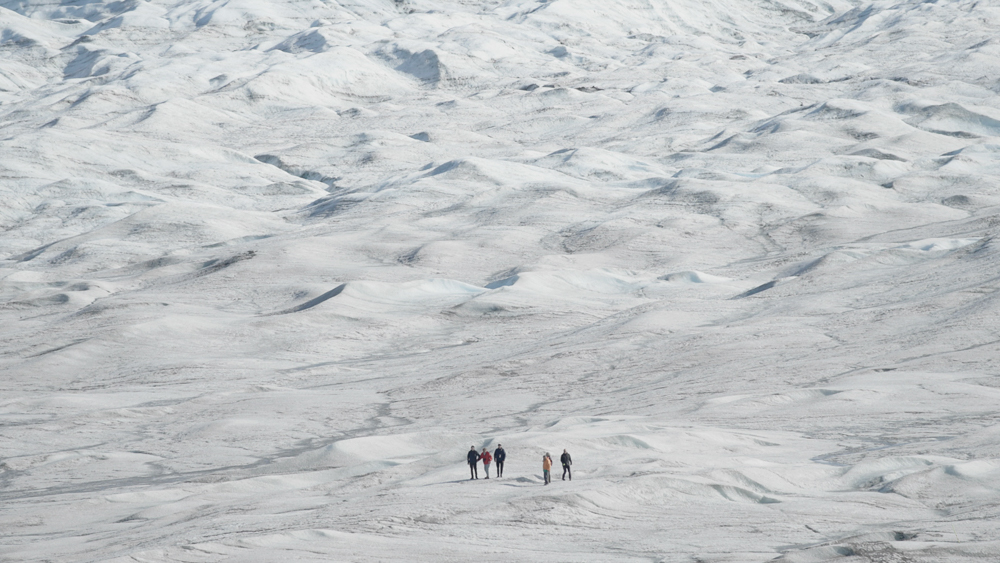 The effects of global warming, up close 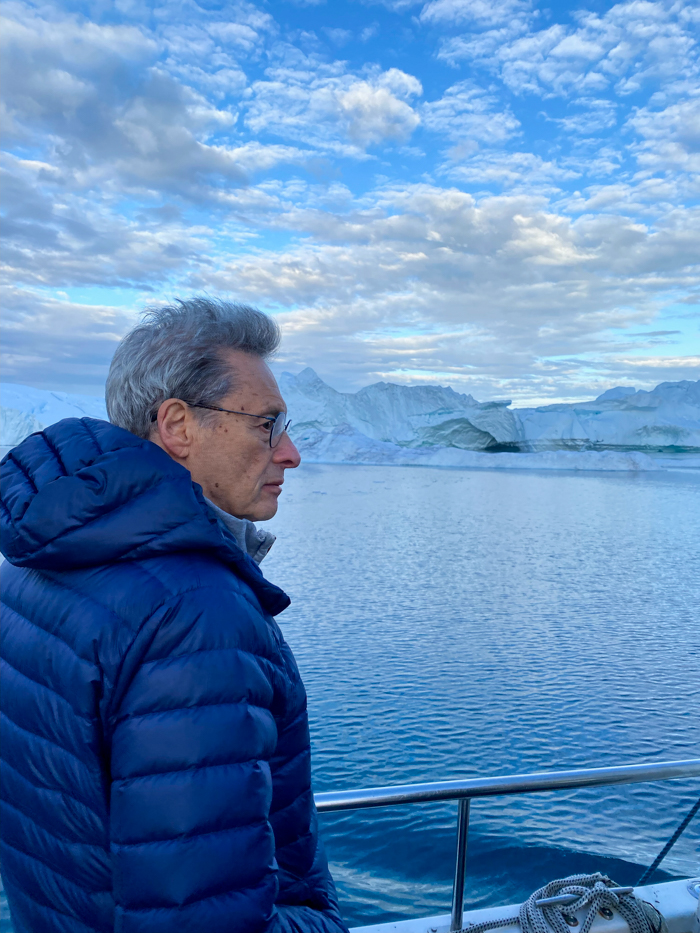 Editor’s note: David Gelber, a Garrison resident and former 60 Minutes producer who now makes documentaries about climate change, arrived home on Sept. 7 after spending eight days in Greenland. While he was there, a spike in temperatures caused the first significant September melting event in recorded history, creating rushing rivers of runoff with enough water to flood Manhattan to the top of the Empire State Building. His report on the rapidly disappearing ice sheet will air on CBS News in November. In the meantime, he kept a journal for The Current.

Wednesday: Landed in Nuuk, the capital (population 18,000), where the airport terminal was nearly deserted. I shared a cab with the cameraman (from Sweden), sound technician (from Greece) and a Danish nurse; she’d been coming here several times a year for two months at a time for more than 30 years to care for Inuit people in remote villages. I asked if any young Greenlanders travel to Denmark to study medicine. “Yes,” she said, “but they don’t come back to Greenland.”

Thursday: There’s a building boom in Nuuk, with construction cranes swiveling to and fro. Royal Arctic cargo ships in the harbor are packed with more cranes. I’m told the construction is mainly for Greenlanders who are leaving their villages because life is hard and the ice is soft, making it too dangerous to hunt with dog sleds. At the same time, farming has become easier. Perhaps Greenland, where 56,000 people live in an area three times the size of Texas, will someday become home for climate refugees fleeing heat waves and other weather catastrophes. 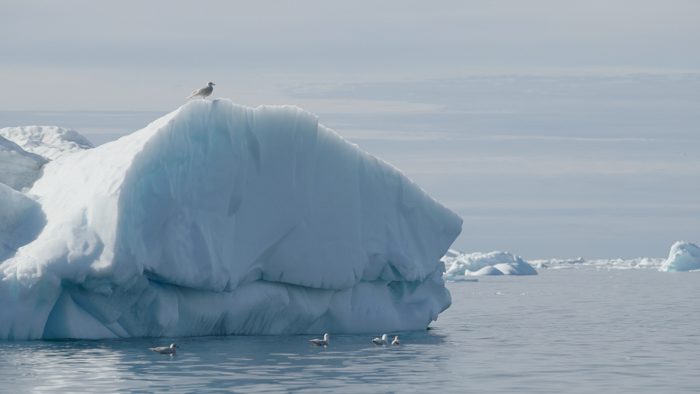 A melting iceberg near Ilulissat

Friday: Ever been caught in an arctic rainstorm? I staggered through a wind tunnel from the hotel to the car, 30 feet away. Mary Kay Magistad [of Asia Society, based in New York City] joined us on a visit to the Greenland Climate Research Centre to meet its director, Mie Winding, a Danish ocean scientist. Winding shared how climate change is pummeling ocean inhabitants from zooplankton to whales. To cut down on fossil-fuel consumption, which contributes to global warming, she said the Danish government plans to limit home heating to 66 degrees. Could the U.S. ever enforce such a rule? It wasn’t received so well when President Jimmy Carter suggested it, decades ago.

Saturday: The high point today was a three-hour cruise near Ilulissat. We’re doing this for television, and the images of melting icebergs couldn’t be more gorgeous and sad. After the cruise, we went for dinner. Greenlandic cuisine isn’t strong on vegetables, and I don’t eat fish, so I made do with potatoes and cheese while the others feasted on halibut. On the way back to the hotel, I mentioned that one of my pleasures in Philipstown is taking Ponyo, the family dog, to the Recreation Center, where she chases squirrels. They are always just out of reach, but that never diminishes her resolve. Was it a metaphor for the fight against climate change? “Maybe,” said Mary Kay. “But I bet your dog tries a lot harder than we do.” 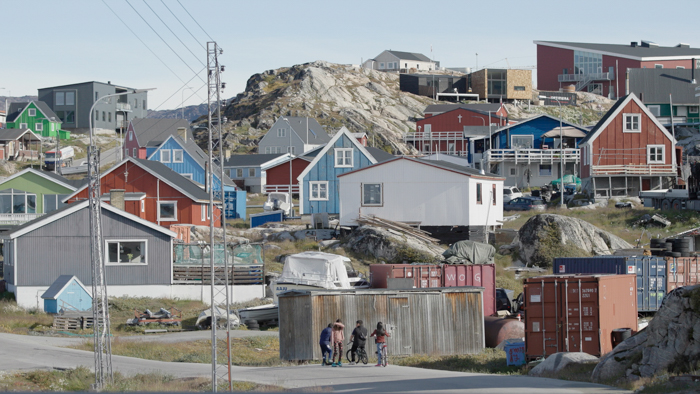 A view of Ilulissat

Sunday: A day of rest.

Monday: I’ve been producing documentaries on climate change for 10 years. I’ve watched hours of footage of flooded cities, wildfires, drought and refugees fleeing catastrophes. What I saw today was as chilling as any of it: Standing on an ice sheet, we studied a face of the Russell glacier, a staggering mass of crumbling ice that looked like a mythical beast taking its last gasp. Chunks fall off daily. I felt like I was witnessing a decisive battle in a world war, and it wasn’t going well for the good guys — assuming we are the good guys. The nations of the world are obliterating ice sheets that have lived with us at peace for hundreds of thousands of years. And unlike our other world wars, this one will last several lifetimes, at least.

Tuesday: Mia Biillmann-Larsen, 24, is a native Greenlander and a pilot for Air Zafari, a company she owns with her parents. We climbed into her six-seater for a journey over the ice sheet. She described a trail of soot she had seen on the ice over the summer, which accelerated the melting. It was ash from wildfires in the western U.S. — a vivid example of how we are connected in a feedback loop. Melting ice in Greenland makes wildfires more likely in California, while ash from wildfires accelerates the melting, which infuses the atmosphere with vapor, which leads to more intense hurricanes. 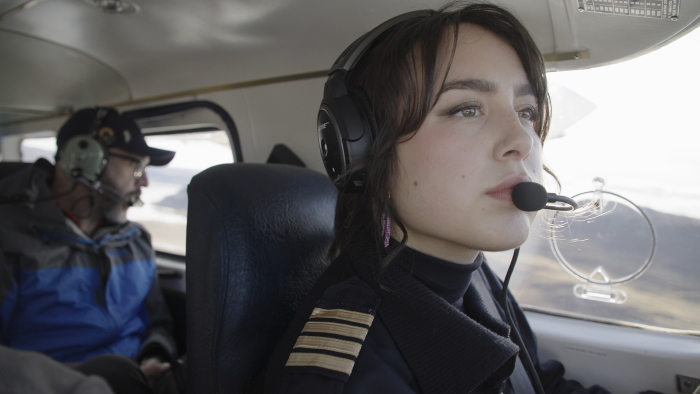 Wednesday: A climate scientist who traveled with us to Greenland, Marco Tedesco of Columbia University, had visited the country nine years earlier with reporter Lesley Stahl for a series I produced for Showtime, Years of Living Dangerously. On the ice sheet, Marco and Lesley saw lakes that would soon drain and weaken the ice. They heard the rumble of melting, cracking ice. Today, Marco tells me that the effects of climate change are worse than anticipated. “Things we didn’t expect to happen for decades are happening now,” he says.