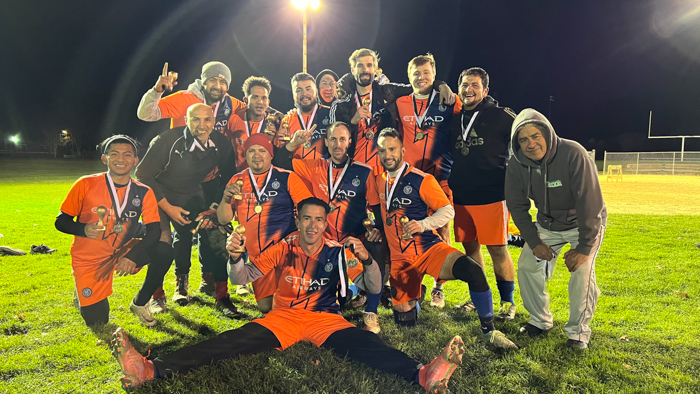 New York United (4-2) claimed the title over the undefeated Boca Juniors, 4-2. Marbled Meats Butchers overpowered the Commandos, 8-2, for third place and Dogwood Underdogs got past Mid-Hudson, 2-0, to win the Division II final.

“It was the game of the season,” Joe Linksman, a UFC Beacon founder, said of the title match. “Both teams put on a showcase.”

The match was closer than the score indicates. The teams were tied well into the second half before New York United scored twice in the final minutes.

Linksman said the league hopes to offer a number of indoor winter tournaments before heading outdoors for the spring, summer and fall. 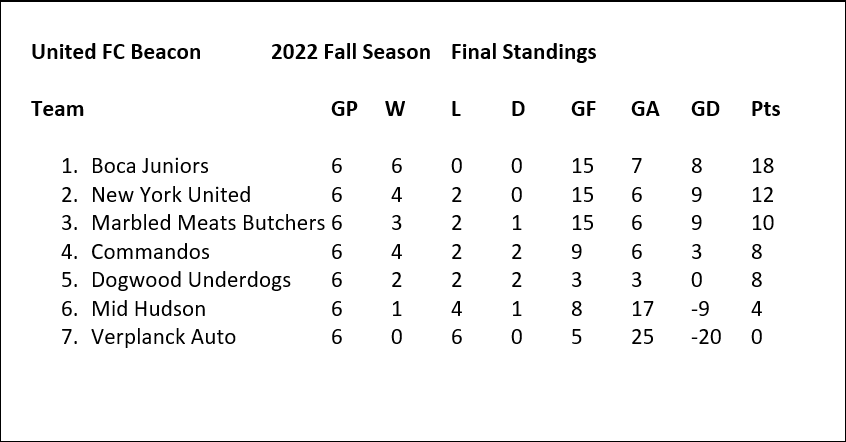