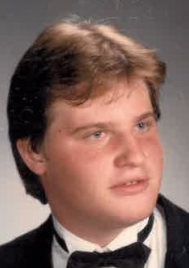 He was born in Beacon on June 27, 1969, the son of John and Donna (Mayen) Christian. After graduating from Beacon High School, he earned a bachelor’s degree from Mount Saint Mary College.

David worked in the information-technology field in New York and Texas and was working at Harbor Freight and Home Depot. David was a gentle soul and a kind and warmhearted person, his family said.

Along with his parents, David is survived by his wife, Dennine (Graham) Christian; his stepsons, Devan Furgeson and Ethan Furgeson; and a brother, Bryan Christian (Agnieszka).

A Mass of Christian Burial will be held at St. Joachim-St. John the Evangelist Church in Beacon. Memorial contributions may be made to the church (stjoachim-stjohn.org). 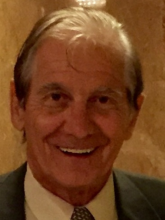 William J. DiCastro, 78, a lifelong resident of Beacon and Fishkill, died Nov. 22 at MidHudson Regional Hospital in Poughkeepsie. He was known to family and friends as “Alky.”

Bill was born in Beacon on April 9, 1944, the son of Dominick (“Moe”) and Marie (McIlravy) DiCastro. On June 10, 1972, at St. John the Evangelist Church in Beacon, he married the former Susan Odabashian.

Bill was a parishioner of St. Joachim-St. John the Evangelist Church in Beacon and a member of St. Rocco’s Society in Beacon. He loved to play softball and was inducted into the Newburgh Fast Pitch Softball Hall of Fame. He had an infectious laugh and passion for serving others, his family said.

Along with his wife, Bill is survived by his daughters, Gina Bauer and Ann Marie DiCastro; his granddaughters, Victoria Bauer and Samantha Bauer; his siblings, Charlene Westerhuis (Gus), Thomas DiCastro (Joanne) and James DiCastro; and his brother-in-law, James Musacchio.

Family and friends will gather on Sunday (Nov. 27) from 1 to 4 p.m. at Riverview Funeral Home by Halvey, 2 Beekman St., in Beacon. Memorial donations may be made to St. Jude Children’s Research Hospital (stjude.org).

Joan was born in the Bronx on Nov. 12, 1941, the daughter of Edward and Laurie Ramelkamp, as the second of four girls.

She married James Greco, on March 4, 1967. The U.S. Air Force sent them to England for four years. After returning to the states, her first job was at Macy’s Herald Square. When her children were in their teens, she enjoyed greeting her customers at NatWest Bank in Goldens Bridge.

A longtime resident of Mahopac, Joan loved being a wife, mother and grandmother, her family said. She enjoyed many summers driving her Jeep Grand Wagoneer, with children and pets in tow, throughout New England and taking trips to eastern Canada and Newton Hamilton, Pennsylvania, where her whimsical mother lived in a traditional farmhouse.

Joan relished spending time with her grandchildren, talking to her sisters on the phone for hours, making new friends, traveling and appreciating the beauty of birds and flowers.

Along with her husband, Joan is survived by her son, James Greco (Lisa) and their children, Ally and Ryan; her son, Christopher Greco (Holly); her sisters, Theresa Wissell (Walter), Mary Coleman and Anne Marie Reap; her sister-in-law, Patricia Perrone (Joseph); and 11 nieces and nephews. Her son, Patrick, died before her.

A Mass and interment will take place in the spring. Memorial donations may be made to the Dutchess County SPCA (dcspca.org) or Guiding Eyes for the Blind (guidingeyes.org). 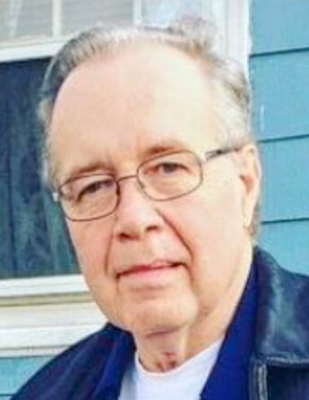 William H. Inness III, 75, died Nov. 22 at Montefiore St. Luke’s Cornwall Hospital in Newburgh, with his daughters by his side.

Bill was born Oct. 11, 1947, in Bronxville, the son of William Jr. and Virginia (Smith) Inness. After graduating from Yorktown High School, he entered college but then enlisted in the U.S. Navy, serving from 1971 to 1972.

On Feb. 17, 1973, at St. John Church in Yonkers, he married Margaret Mary “Peggy” Kelly. She died on Feb. 1 after 49 years of marriage. The couple were longtime communicants of St. Joachim-St. John Church in Beacon.

Bill worked for years as a payroll clerk for Metro-North Railroad. He also was a union representative.

He enjoyed spending time with his family, particularly his granddaughter, Ryleigh Donovan. He would take her miniature golfing, the movies — anywhere she wanted to go or anything she wanted to do.

Along with Ryleigh, he is survived by his daughters, Mary Ellen Inness and Nicole (Ryan) Inness-Donovan, and his siblings, Robert Inness and Ginger Inness.  His son, William J. Inness, died in 2016.

The family will receive friends on Monday (Nov. 28) from 5 to 8 p.m. at Libby Funeral Home, 55 Teller Ave., in Beacon. A Mass of Christian Burial will be celebrated at 10 a.m. on Nov. 29 at St. Joachim Church, 51 Leonard St., followed by interment to St. Joachim Cemetery. Memorial donations be made to the Wounded Warrior Project.