If you’re a Cooper’s hawk and suffering after a crash landing, Beacon may be your best bet for urgent care.

On a Friday afternoon last month, Vickie Raabin was walking along west Main Street when a hawk flew into a plate-glass window at the Lucky Thirty One boutique. The glass didn’t break, but the bird appeared to be injured.

Raabin carefully wrapped the hawk in her coat. A group of passersby gathered, including Jeff Toland, who called the police. “The hawk seemed to know it was being helped,” he said.

While the group waited for help, Raabin released to bird, hoping it could fly away. Instead, it scampered off on foot, pursued by Raabin, Toland and three or four other good Samaritans. Safely recaptured, the hawk was again wrapped with Raabin’s coat.

A few minutes later, Joe Steinfeld of Friends of the Feathered and Furry Wildlife Center, a nonprofit based in Hunter, arrived and confirmed the hawk had damaged a wing. He took the bird to the group’s rehab center.

“I was so pleased to be able to help,” Raabin said, “and to see the bird go back to the wild, where it belongs.” 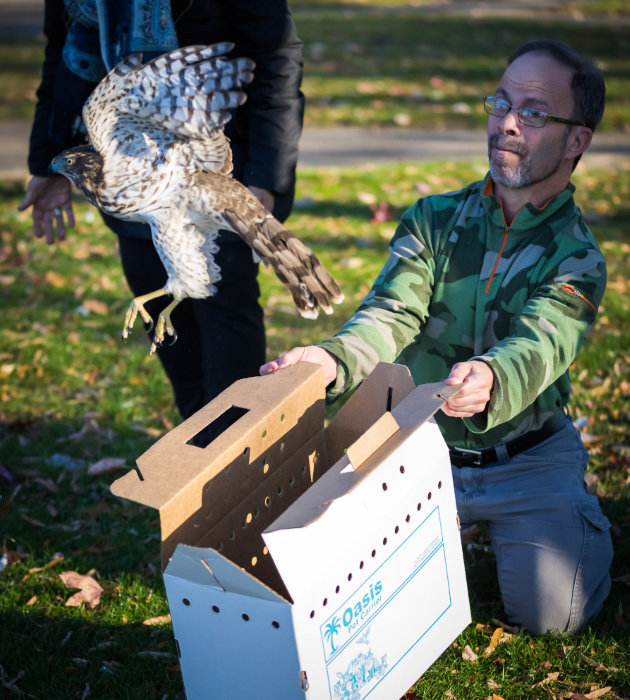