Beacon police announced on Friday (Jan. 13) the arrest of a city man accused of possessing a 9mm semi-automatic “ghost gun.”

The weapons are assembled from parts or kits that include an unfinished piece such as a frame or receiver with no serial number. 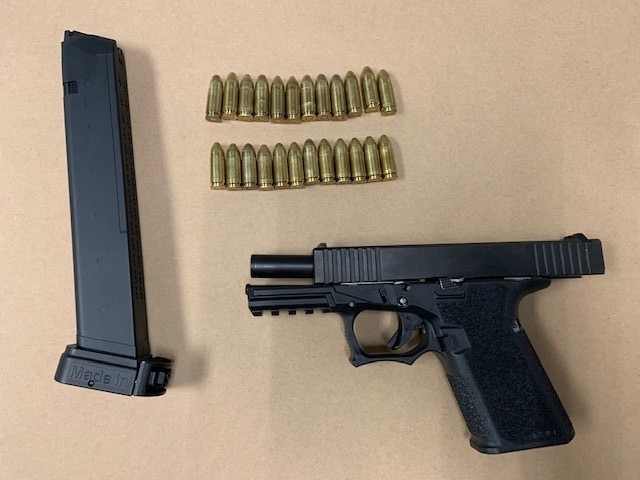 The handgun and ammo that Beacon police say they seized. (BPD)

In a statement, the department said officers responded at 12:45 p.m. on Thursday to 206 Main St., where a caller reported seeing the suspect drop a firearm and pick it up.

Upon arrival, officers said they found Charles Plowden, 35, a resident of Forrestal Heights, had a gun with a 31-round, high-capacity magazine loaded with 24 rounds of ammunition.

They said Plowden refused to be fingerprinted or photographed during processing, which led an additional charge of second-degree obstructing governmental administration, a misdemeanor. He was arraigned and transported to the Dutchess County Jail in Poughkeepsie on a $15,000 cash/$30,000 bond/$60,000 partially secured bond. A court date was scheduled for Wednesday (Jan. 18).