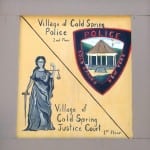 Sleuthing by the Cold Spring Police Department retrieved an expensive bicycle several weeks after it was stolen and gave the alleged thief an appointment with the local justice court, according to information from Commanding Officer George Kane.
In a written report to the Cold Spring Village Board Aug. 10, Kane noted that, among other activity “one recent arrest of a local resident was made after a high-end mountain bike was stolen from a local parking lot. The police department investigated a tip found on the popular social networking site Facebook and were able to recover the property and make an arrest.”
Kane later told Philipstown.info that on June 7, the bicycle, valued at $900, had been “left on the side of the Wachovia Bank” at the Foodtown shopping plaza on Chestnut Street, “by the victim as he was conducting banking inside. ” On July 30, Police Officer Gary Marino obtained information “that the bike was at a local residence. Upon further investigation Police Officer Marino recovered the bike and arrested an 18-year-old male,” living on Main Street in Cold Spring, who “was charged with criminal possession of stolen property, 5th Class, a misdemeanor. He was released to appear in village court” before Justice Thomas J. Costello to respond to the accusation.
In the August report to the Village Board, the police said that “five arrests were made for various crimes” during July. They declined to provide additional information on arrests, with the exception of the missing-bicycle case.