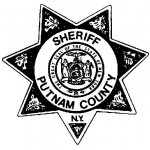 Sep. 3. Putnam County Sheriff Donald B. Smith reports the arrest of four teenage boys on criminal charges stemming from their alleged involvement in stealing property from parked vehicles in the Towns of Philipstown and Putnam Valley.
According to the Sheriff, over the past several weeks his office has received complaints from numerous residents reporting these larcenies.  After learning that similar crimes had been committed in surrounding towns, investigators contacted detectives from the Town of Yorktown Police Department and investigators from the New York State Police at Cortlandt. The joint investigation by the three agencies resulted in identification of the suspects and a vehicle used in the commission of these crimes.
On August 30 the Sheriff’s office received a call from a Continental Village resident saying that he had just interrupted individuals stealing items from his car. Deputy William Rossiter responded to conduct the initial investigation.  Investigation identified the four teenagers believed to be responsible for the thefts from the parked cars as well as stealing an ATV from the Town of Putnam Valley earlier that day. Arrested were: David Sutton, 18 years-old of 27 Trolly Road, Cortlandt Manor, New York;  Dalton Tompkins, 18 years-old of 69 Aqueduct Road, Continental Village, New York; and two 16-year olds from Cortlandt Manor.  Each was charged with Grand Larceny in the Fourth Degree, a class “E” felony.
Sutton and Tompkins were arraigned before Putnam Valley Town Justice Gina Capone.  She remanded both to the Putnam County Correctional Facility in lieu of $20,000 cash bail or secured bond.  The othe two boys were released without bail.  All are scheduled to appear in Putnam Valley Justice Court on September 21, 2010. The investigation is continuing and more arrests and additional criminal charges may be forthcoming.
Investigators have recovered a number of pieces of property believed to be stolen from parked vehicles.  They are endeavoring to identify the rightful owners of the recovered items.