There’s a battle being waged among the bars and restaurants of Cold Spring. And while there is nearly a month left in the competition the ultimate winners are already known: needy kids who might not otherwise get a toy for Christmas. Toys for Tots is an annual event organized by the US Marines Toys for Tots Foundation.  Toys for Tots got underway nationwide in 1991. Through 2008 the program had gathered 81.3 million toys. The premise is simple. People donate new, unwrapped toys which are distributed to needy families in time for Christmas.
Former US Marine and former Cold Spring mayor Anthony Phillips is the organizer locally. “I’ve been involved since 1993. It’s a great program because 100% of what is collected in toys and money goes directly to help kids” Phillips said. This year, Phillips was approached by Tommy Wills, a

bartender at McGuire’s on Main who suggested turning the toy drive into a competition. “In the past we had four or five places where toys were collected and we’ve always done very well – but I thought why not give the competition idea a try?” Phillips said.
Wills has enlisted seven village bars and restaurants to engage in a friendly competition. The winner will be the establishment that collects the largest number of toys. Competitors include McGuire’s on Main, Whistling Willies, The Silver Spoon, Cathryn’s Tuscan Grill, Le Bouchon, The Depot and Riverview. Boxes used to collect toys at the restaurants were decorated by local businesses including Payning by Caryn, Back in Ireland; C&E Paints, Country Goose, Reigning Cats and Dogs Too and The Country Touch.
The battle of the toys got under way officially on Black Friday and ends on Dec.20. It is already evolving into a “fiercely friendly” competition. Bill 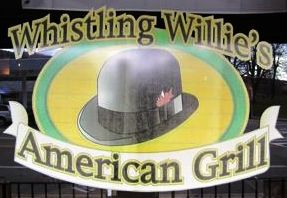 Sohan, owner of Whistling Willies didn’t beat around the bush. “I’m in it to win!” he said before adding, “We live in a community that likes to give; the cause is right and we have a great clientele here.” Allana Maguire who works at Willies, overheard her boss. “It’s all about the kids” she said. “And by the way, we ARE going to win.”
Tom Rolston, owner of The Depot, must have been listening down at the other end of Main Street. “We’re in it to win it!” he said. He recalled a similar drive in 1987 when a Santa Claus house he built was placed on Main Street near his restaurant to collect toys from villagers. 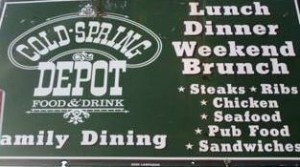 If The Silver Spoon has its way neither Sohan nor Rolston will be happy. Ahmed Dwidar, manager at “The Spoon” has a different ending in mind. “I’m a coach and I like competition. I hope we win.” After a pause he added, “It’s not about which restaurant is best. I just hope we get a lot of toys for the kids who need them.”
Some local establishments are taking on a less aggressive tone. A case in point is Ryanne Coris, manager at Cathryn’s Tuscan Grill. ” As a mother of two I appreciate the joy that it brings to see my children open their gifts. I’d just like to be able to pass that joy on.” Jimmy Ely, owner of The Riverview

was very succinct. “Kids gotta play!” he said. And at Le Bouchon, owner and chef Pascal Graff downplayed the competitive aspect of the toy drive. “I’m just very happy to be involved” he said. Perhaps Coris, Ely and Graff are less interested in winning – or maybe they are just keeping in mind a very wise adage from the world of sports: never say anything that might motivate the opposition.
Meanwhile back at McGuire’s, Wills isn’t too worried about the opposition. He doesn’t hesitate to tell anyone within earshot that the neighborhood pub at the corner of Main and Stone streets will have no trouble coming out on top. He does have one request of those who donate toys however – no matter who wins the competition. “Don’t forget the teenagers” he said. “Most people think of the younger kids when they buy toys – but kids in their teens need to get a gift too.” 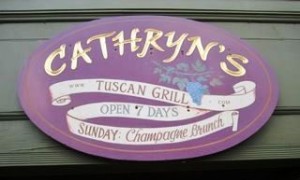 There are definitely bragging rights on the line – not to mention pride. The restaurant that collects the most toys will receive a trophy but that won’t likely be the sweetest part of their victory. Each of the other restaurants in the competition will be required to send three representatives to the winning establishment where they will “enjoy” dinner and drinks – and it won’t be on the house.
Phillips said that toys collected throughout the competition will be sorted at the Cold Spring Fire Hall on the evening of Dec. 20. Organizations such as the Philipstown Food Pantry, the Knights of Columbus and PARC will help distribute toys to needy families. As many toys as possible are distributed within Putnam County. “We try to keep it as local as possible” he said. If a surplus of toys is collected organizations in Westchester County and other nearby areas will be alerted.
Businesses that decorated the collection boxes got to show off their talents. Leonora Burton of The Country Goose, with help from Fran Valentine, used a Twelve Days of Christmas theme to adorn their box which was assigned to The Silver Spoon. Caryn Cannova of Payning by Caryn used her business instincts – and delegated decorating her store’s box to her son Zachary’s Kindergarten class. It can be found at McGuire’s. Connie Kelley of 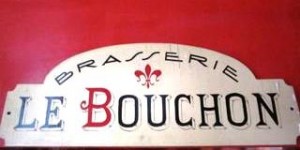 The Country Touch may have donated the first toy in this year’s drive. She decorated the box that was sent to Whistling Willies – putting a copy of “Candy Land” – a board game, into before it was delivered. “It was my favorite game as a kid” she said. At C&E Paints, which is partnering with Riverview, Rose Cretelli didn’t hesitate to get involved when asked. ” My brother was a Marine” she said.
The winner of the restaurant competition will be announced at McGuire’s on Main on Dec. 22. New, unwrapped toys will be accepted at the above restaurants up until Dec. 20. Gift cards can also be donated. Anyone with questions about the Toys for Tots program, including organizations that want to help distribute toys, should contact Anthony Phillips at 845-265-2850.