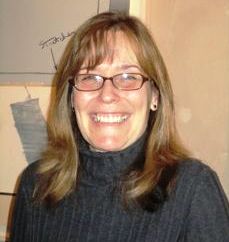 Fran Pergamo has taken herself on some amazing journeys through the years.  There was the time she spent in Vienna, studying the Austro-Croatian Empire, and after that an adventurous visit to 19th century Denver, hanging out with saloon musicians.  She’s spent some time with musicians in Dublin, too. She’s revisited the Battle of Britain, and, closer to home, revisited her childhood summers spent on the North Fork of Long Island.  And she’s done this while raising two sons and working as a Music Director, first at Our Lady of Loretto Church and now at the Church of the Sacred Heart of Jesus Church, in Highland Falls.

How is this possible, when most parents are struggling to juggle raising children and working, paying the bills? How was Pergamo able to keep those balls in the air and jaunt off to these far-flung destinations?  With her pen, that’s how.  Pergamo has been writing novels for years now—privately, just for fun.  “I’ve enjoyed creating an outlet.  When the boys were small I wrote a lot.  I put blank paper in the typewriter and soon I had 900 pages.  I write for joy.”  From one of her two writing perches, “a little office, or just my laptop on my kitchen table—there’s a nice view of the river,” Pergamo has done what many writers are unable to do: write and write frequently. An avid reader, she has been writing steadily since the age of 11. The culmination of her private writing endeavors is her new book, “The Healing,” which she has published herself: a major step for her…

“The Healing,” is a family story, about how to reconnect, “to rekindle of what is at the core of human relationships and get back to the basics of life” according to Pergamo. Its values are presented in the framework of a family story with a tinge of the mysterious.  The blurb for the book describes it as “”¦the lives of the Donnelly family are entrenched in discord and depression. Mike was once a firefighter—a hero figure to his wife and daughter—so when multiple sclerosis begins to deteriorate his physical form, the family deteriorates, as well. Where life was once normal and happy, Karen now finds her life to be strange and miserable “¦ Teenage Lori seems incapable of escaping her personal demons, and she soon falls into her own destructive behaviors. Karen “¦ hopes to find the answers to all her whys: Why does Mike suffer from MS? Why does Lori have to be so troubled? Why did this tragedy strike her family?” 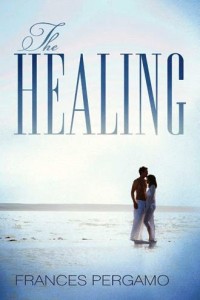 Pergamo seeks to examine the lives of “ordinary heroes overcoming extraordinary odds” in “The Healing.”  She explains, “I wanted to explore what was at the heart of a good relationship, what constitutes a good life.  The book is very down to earth.  The story is what the average person would go through.”

In her blog,  Pergamo expands, “In the last decade or so, it seems we are more connected to machines and selfish material pursuits than we are to each other”¦ We seek pleasure in simulated worlds. Meanwhile, the people we live with are sitting a few feet away. A lonely neighbor might be right across the street. Maybe the only thing that would make their day worthwhile is a bit of conversation or a shared cup of coffee … Every once in a while, tragedies like 9/11 or Hurricane Katrina make us pause and take inventory of the things that should be most important to us, but unless we are directly affected, we don’t make an effort to change. Why is that? Why don’t we ever learn? I don’t think it’s morbid to imagine being stripped of your blessings. I think it’s a necessary exercise in appreciation. What would you miss most?”

And yes, Pergamo does see the irony that, in today’s world, she must promote her book through the technology of a blog and social media; and it does concern her.  Coming from an era when “the story stood on its own—I never thought about the author; the storytelling was the thing,” she is a tad perplexed about all of the focus on the public and private lives of writers.

The world of self-publishing is a new one for Pergamo.  She wrote the novel in four or five months, editing it once herself and redrafting it.  She then went through the usual round of rejections, so common to most writers.  “I couldn’t sell a story about a guy in a wheelchair.”  She then decided to “make an investment and publish the book” heeding advice from an old friend who worked in book publishing who told her that “they [publishers] watch the self-published world and what credibly rises to the top they can then scoop up without investment.”  Pergamo decided to take the leap and then did a lot of research on self-publishing “houses” before making her choice.

At that point, she was assigned an editor, which, in effect meant that she paid for the editing and had to place her trust in someone, rather than be matched up through a traditional publisher. The editor definitely had the perspective of today’s readers in mind, emphasizing that “today’s readers are faster, they don’t want wordiness “¦ she read the book and told me ‘no no no’ — my whole first chapter had to change.  It was painful but cathartic.  But working with an editor of course is the key to being a serious writer.”  The book underwent two different types of edits.  A developmental edit was first, targeting characters and storyline, pointing out, for example, “a character doing something out of character simply because you want the story to go a certain way,” noted Pergamo.  This is followed by a content edit, for grammar. Pergamo also relies on her peers for feedback.  Attending a book group in Queens, where she didn’t know anybody, she asked them to “tell me what they didn’t like about it. It was very constructive.”

One group of people to whom Pergamo doesn’t turn for editing tips is her immediate family.  “My family is very practical.  I’m off doing my music and art, and my husband is an electrician by trade and this is not his thing but he’s very encouraging.  My two sons have not read it—it’s not their genre, but I have had male friends read it, and they liked the male perspective in it.”  Pergamo and her husband moved up to this area from Queens in 1993, first settling in Kent, where they lived for 8 years, before heading west to Cold Spring.  “I love this side of the county.  Love the village.  I never felt at home on a country road.  I like having the neighbors closer, like how people know you in the stores like they did in the Queens I grew up in.  It’s more of a human connection.  I like the trains, the sounds from the river, the pizza place, the sidewalks.  The sidewalks!”

So, after delving into the world of an artist in 1880s Vienna (“at that time the art world was in flux, transitioning from classical works to Klimt and the politics was getting darker,” ) and musicians in 1880s Denver, pre-world war II English fighter pilots”¦back to music again in mid-90s Dublin, (“a U2-like band, a hand mangled in a car accident, a musician who needs to rebuild his life,”) where in the world will Fran Pergamo get to next?  It’s a toss up: “I love the Renaissance and want to do a Renaissance story set in Dubrovnik.  Dubrovnik was a thousand-year republic.  I’d like to immerse myself in that.  Or, a story set in Queens, capturing the typical hard-working people there in the sixties and seventies.  It feels sort of bygone, Last of the Mohicans.  With that one I wouldn’t need to research, so I’d have to create a great story, have my characters all lined up.” Bet that laptop on the Pergamo kitchen table is booting up, its keys getting ready for the next journey.
Visit francespergamo.com for more information. Copies of “The Healing” are available through Amazon.