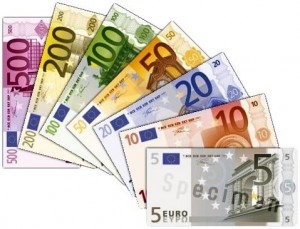 The crisis over Greece’s sovereign debt deepens daily as the reality gap grows between the politically driven views of European Union (EU) leadership and the market-place views reflected in such things as interest yields on 2-year Greek notes and premiums payable on credit default swaps (CDS) covering Greek debt, both of which have soared in recent weeks to astronomical heights.

Market professionals the world around know Greece suffers from a condition of bankruptcy rather than a crisis of liquidity, and therefore cannot survive without very significant debt relief and restructuring combined with a complete overhaul of civil society, particularly the deeply conflicted and corrupt ways in which its government collects and expends tax proceeds and regulates economic affairs.  Austerity alone won’t work, anymore than bleeding in the Dark Ages to treat a life-threatening anemia did.

Despite heroic efforts by the European Central Bank (ECB) and the International Monetary Fund (IMF), it remains highly unlikely that Greece can achieve the necessary reforms without the Greek people becoming convinced that those reforms will work and, therefore, be worth the pain that individuals and families would have to endure to achieve them. There is no reason, now, to suppose that Greece’s own leaders are capable of either inspiring the necessary confidence in their people or actually achieving the necessary reforms.

Therefore, to undertake this project with any prospect for success, the EU should offer a receivership to manage all matters affected by the public interest in Greece until a turnaround is achieved.  The receivership would consist of a committee of highly respected Europeans whose professional qualifications and experience make them demonstrably well suited to the task.  Obviously, such a move would run large political risks.  However, the market-place is broadcasting through financial instruments the levels of risk it sees in the status quo and those levels are so frightening and unsustainable as to warrant taking on the political risks.

Short of action along these lines, which proved successful in the handling of New York City’s financial crisis of the early 1980s, the EU should invite Greece out of the union, where it can try through the use of a deflated currency and other reforms to achieve solvency.  Doing so in orderly fashion would contribute importantly to the avoidance of a very disorderly default down the road and the danger of contagion.