Most Philipstown residents are probably at least vaguely aware that nestled in the hills and forests above Cold Spring is a facility known as Surprise Lake Camp. But many may not realize the camp’s size and makeup, its history and its impact – both on the children who have participated in its programs – and the local community. The camp is now in its 109th year of operation and is 460 acres in area.  Some 470 children participate in each of two camps that make up its annual eight-week, summer run. There are 260 employees who work there. 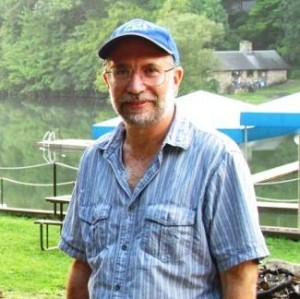 Surprising facts, interesting alumni
The camp has an impressive list of noteworthy alumni: singer-dancer-entertainer Eddie Cantor; pop singer Neil Diamond; talk-show host Larry King; actor Walter Matthau, comedian and actor Jerry Stiller; Catch-22 author Joseph Heller, and Gene Simmons of the rock group “Kiss. Cantor was one of the first campers – when Surprise Lake opened in 1902 with just six tents, 25 campers and five counselors. He never forgot his Surprise Lake roots and after he became successful was one of its biggest supporters. Camp Director Jordan Dale said Diamond considers the camp one of the formative experiences of his career. “He often refers to Surprise Lake Camp in his speeches. He was inspired by Pete Seeger,” Dale said. Seeger often visited Surprise Lake – and still does – to sing and talk with campers. 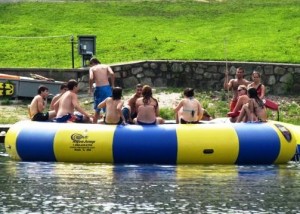 Today’s camp
While the landscape has not changed over the years, the camp bears little resemblance to the one Eddie Cantor experienced. Today’s campers enjoy a large modern gym, dining hall, dormitories and boating facilities. The camp is now surrounded on three sides by state-owned lands, with access to an almost unlimited system of hiking trails. Today there are actually two camps on site – one for 7 to 12 year-olds and one for 13 to 15 year-olds located across the lake. The camp went co-ed in 1960. Most campers come from the greater New York City area. Dale said that this year campers also came from Florida, California, Virginia and North Carolina as well as Poland, Israel and France.

Campers don’t lack for adult supervision. Staff includes 90 counselors, 40 supervisors and 40 specialists who lead activities such as waterfront programs and crafts. There are also 40 kitchen workers along with health, maintenance and housekeeping staff.  “We have as many staff as many camps have children,” Dale said. 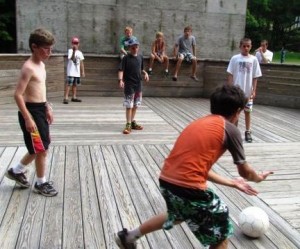 Why it’s here
Just what is the purpose of  Surprise Lake Camp? Dale puts it this way: “It’s here to enrich the lives of young people and to enhance their growth as human beings – to help them develop skills and character traits and the ability to get along with one another. And – we just want them to have fun.” That fun takes many forms: swimming, boating, hiking, camping, sports, arts and crafts and theatre – as well as high ropes and tower climbing. There has been somewhat of a shift in programming over the years. Dale said that Indian crafts and lore that were once mainstays are no longer taught. “And in recent years there has been a more intentional Jewish education program.”

Non-Jewish kids can attend Surprise Lake Camp, although Dale said that the percentage of campers with Jewish ancestry is in the high nineties. “We’re a non-denominational camp – not connected with any Jewish movement,” he said. “We have a Jewish camp but if other families are interested – they are welcome. We work with kids with little Jewish background – to be proud of who they are, to feel good about it – Jewish values. There isn’t a lot of prayer or Jewish study.”

Lost folks; dangerous critters?
Despite the remote setting and extensive trails nearby, Dale said that lost campers have not been a problem. “It’s much more likely we’ll help find lost hikers in the area.” He recalled a recent incident when the police came to him and asked him to talk to a woman who was lost on a trail. He spoke to her on her cell phone and based on her description of her surroundings was able to lead police to her.

Dale said that an incident earlier this summer, in which a 16 year-old girl was bitten by a snake, was exaggerated in the media. The girl was flown by helicopter to Westchester Hospital, but he said that doctors didn’t even give her anti-venom during the first 24 hours and that she suffered no ill affects. On Aug. 10, a 15 year-old boy was also bitten by a snake and flown to hospital for treatment. There have been a number of bear sightings in Philipstown in recent weeks, including one on camp property. Dale said it was the camp’s first such sighting since 1970. 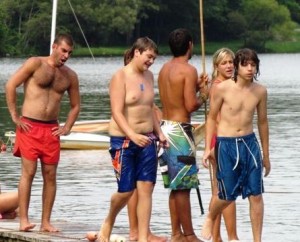 Check your cell phone at the door
Dale has a clear view regarding one thing that today’s young campers struggle with. “We have a generation of kids that has been raised by electronic devices. They communicate that way now. They were raised in front of a TV. There are advantages to technology, but I think our children are not as good at social skills and problem solving as they once were.” Dale is trying to change that, at least for eight weeks of the year. No cell phones are allowed at Surprise Lake camp. He said that “amnesty” is granted if a camper breaks the rules and brings a cell phone to camp and hands it in. But if a staff member finds a cell phone? “It goes in the safe and can only be returned through our Manhattan office –  after camp. Parents don’t like it. We’re tough on it.” 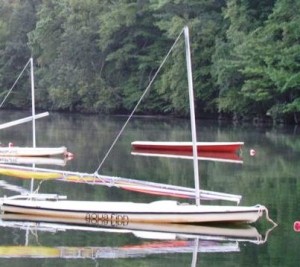 Taxes and community impact
There have been rumblings in Albany about the possibility of eliminating the real property tax exemption given to non-profits – including Surprise Lake Camp. “That would be very bad for the camp and very bad for Philipstown and any community that values open space. Camps help preserve open space,” Dale said. He thinks the camp contributes to the community in other ways as well. “We purchase goods and services locally. But even more than those purchases, we have hundreds of people who come to the camp who visit Philipstown and Cold Spring. Our staff is here all summer long–they eat and shop in the village. I think we have a pretty profound effect on the local economy and we’re proud of that.”

Dale has been involved in the community himself – having served as vice-president of the local Chamber of Commerce and as a member of the committee that updated Philipstown’s zoning. Community groups are welcome to use the camp facilities during the spring and fall off-season. “It’s a very valuable community resource. It doesn’t make sense for it to benefit people for only eight weeks,” Dale said.  Outside groups can use the camp for a variety of functions, including retreats, reunions, weddings and training programs. 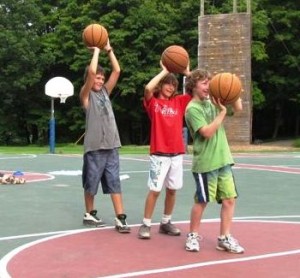 True-blue campers and extra rewards
Dale is a true-blue Surprise Lake camper if there ever was one. He started out as a camper when he was 12. He returned as a counselor and then again as a supervisor. “When I went to law school, I didn’t know I’d be coming back,” he said. Camp directors usually have a long tenure, but the woman who took over just as Jordan began his career in law left after less than a year. “I started to think it might be my only chance, that maybe I’d do it for about five years.” He was hired as camp director in 1986 and has served in that capacity ever since. “I’ll probably retire from here,” he said.

“It’s enormously satisfying when someone comes up to me and says that this place changed their life  or even saved their life. Or when I can tell parents who think they can’t afford to send their child here that they can through a scholarship. They have tears in their eyes,” Dale said It costs $4,000 to send a camper for four weeks or $7,000 if they stay for the entire summer. Scholarships are often made available for those in need of financial support. “This is a great job. I wear so many hats here – it’s a tremendous opportunity to be a renaissance man. I don’t wake up and do the same thing every day and I like that,” Dale said.

While Dale has an impressive track record at Surprise Lake Camp, it pales in comparison to Harry Vogel. “He started here as a bus boy at age 16 in 1952,” Dale said. “Today he is the camp’s administrative director, and this is his 60th consecutive season as a member of our staff.  At 75, he still outworks anybody else who is here.”