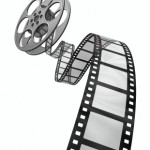 Butterfield Library mixes it up this fall with a range of films ranging from a rarely-screened silent by Hitchcock, filmed when the “master of suspense” was still working in his native Britain, to a silent film from Japan’s Ozu.  An appropriate dash of grand guignol is on tap for Halloween in a showing of the Lon Chaney version of Phantom of the Opera. The following is a listing of the films with notes provided by the Library.  All films screen at 7 p.m. and are free of charge.

Saturday, Sept. 17: Silent Film Series: The Story of the Floating Weeds 1934 silent film by Ozu Yasujiro, considered one of the world’s greatest filmmakers. With live, musical score by Cary Brown. Sponsored by the Friends of the Butterfield Library.

Saturday, Sept. 24: Movies at the Butterfield Library: Alice in Wonderland.  This is the 1933 film version of the famous Alice novels of Lewis Carroll. The film was produced by Paramount Pictures, featuring an all-star cast including Gary Cooper, Cary Grant, W.C. Fields and Charlotte Henry as Alice. It is all live-action, except for the Walrus and The Carpenter sequence, which was animated by Leon Schlesinger Productions.

Saturday, Oct. 15: Movies at the Library: Soul Surfer, directed by Sean McNamara and based on the 2004 biography Soul Surfer: A True Story of Faith, Family, and Fighting to Get Back on the Board. The book and the film are based on the real-life experience of Bethany Hamilton, who lost her left arm as a result of a shark attack while surfing when she was 13 years-old. She was motivated to help the victims of the Thailand tsunami and to resume surfing. She was able to compete in a major surfing competition on Jan. 10, 2004, finishing fifth. This film is rated PG. Sponsored by the Friends of the Butterfield Library.

Saturday, Oct. 22: Silent Film Series: The Phantom of the Opera, with live, musical accompaniment by Cary Brown. A 1925 film starring Lon Chaney in the title role as the deformed Phantom who haunts the Paris Opera House, causing murder and mayhem in an attempt to force the management to make the woman he loves a star. It is most famous for Lon Chaney’s intentionally horrific, self-applied make-up, which was kept a studio secret until the film’s premiere. Sponsored by The Friends of the Butterfield Library.

Saturday, Nov.19: Silent Film Series: The Manxman, with live, musical accompaniment by Cary Brown. The Manxman is a 1929 silent film by Alfred Hitchcock and is the last silent film the director made.  Made possible by the Friends of the Butterfield Library.

Saturday, Dec. 3: Silent Film Series: The Circus, with live, musical accompaniment by Cary Brown. The Circus is a 1928 silent film written and directed by Charlie Chaplin and features his Little Tramp character. The Circus was the seventh highest grossing silent film in cinema history, taking in more than $3.8 million dollars in 1928. Also featuring a Buster Keaton short. Sponsored by The Friends of the Butterfield Library.