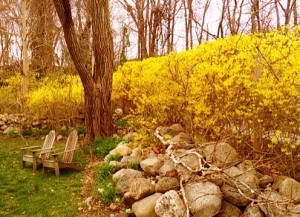 Weekend offers a rich menu of serious and fun diversion

Signs of spring’s abundance are everywhere in our town.  Blooming forsythia adorn roadways and backyards with several species of flower appearing in gardens and woodlands.  Multitudes of bird flocks have returned to their warm weather nests. And on the Hudson several different species of fish have come back from their annual ocean voyages to spawn a new generation. 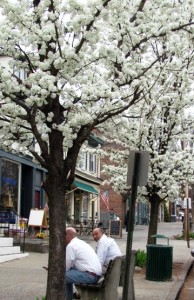 A few baseball bats and gloves have already been spotted. Hikers, who found even the winter hospitable, are now increasing in number by the day. And gardeners on their hands and knees in glorious contemplation of a new growing season are everywhere.

Spring in Philipstown also portends the outpouring of serious local talent of all kinds expressed through a cornucopia of events.  This weekend along is pleasingly crowded with cultural explorations. Among the highlights: 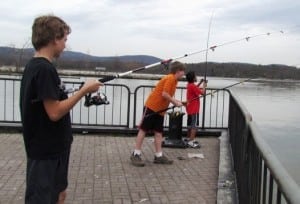 Check our calendar and stories for more events and further explanations. Note that several may already be sold out, so call ahead.  And if you go to one or more let us know what you thought.

As members of the town’s four volunteer fire companies can tell you, the season also heralds the advent of increased local and out-of-town automobile traffic. Yesterday, Thursday, March 23 saw two traffic accidents that we know of. Please drive carefully, phone-free and with patience for those slower than you. 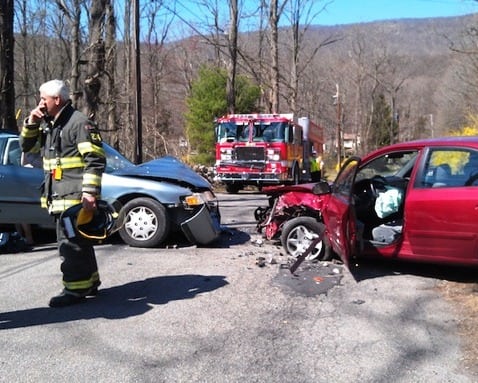 A car accident occurred on Hustis Road shortly before noon March 22, involving two automobiles driven by members of the same family. A red sedan driven by the 81-year old grandfather collided with a light blue sedan driven by his young granddaughter. The North Highlands Fire Department responded as well as Philipstown Volunteer EMS. The elderly driver, whose airbag deployed, was taken away on a stretcher after complaining of chest discomfort. His granddaughter had lacerations to her right leg. Photo by M.Rubin 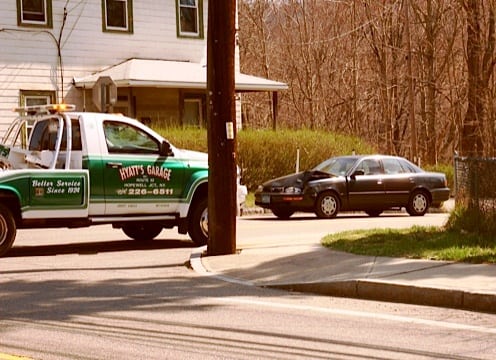 Peekskill Road and Main Street in Nelsonville was the site of one accident on Thursday March 22. Photo by K.E.Foley