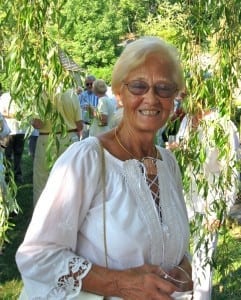 Betty Budney, a veteran Philipstown Town Board member and Democratic Party activist, has joined the Women of Distinction Hall of Fame, established by State Sen. Greg Ball. A Republican, Ball organized the hall of fame this year to salute women of the 40th New York State Senate District for meritorious contributions to the community.

Ball’s office announced this week that former Rep. Sue Kelly would deliver the opening address at the event. A Republican who represented the 19th N.Y. Congressional District in Washington, Kelly lost to John Hall, a Democrat, in 2006. Hall in turn was defeated in 2010 by another Republican, current Rep. Nan Hayworth, whom Ball has criticized publicly over her positions in the U.S. House of Representatives on budget and tax policies.

For the Women of Distinction Hall of Fame, Ball asked towns in his state senate district to name a woman to be honored. In addition to her roles with the Philipstown Town Board and Democratic Party, Budney has been active in volunteer work for years. “These women are heroes in their communities and all too often their hard work goes unrecognized,” Ball said of his “first class of honorees. It is a great privilege for me to be able to honor these women and share their important, inspiring stories.”