Haldane Superintendent Mark Villanti has presented school board trustees with a $2 million plan to upgrade the Haldane football field along with other improvements inside the school. He was quick to point out that his plan will not create additional taxpayer expense. The plan calls for converting the football field to synthetic turf – making it capable of withstanding constant use by sports teams and Haldane’s physical education program. A walking track would be constructed around the new field. In addition, improvements, including new lockers, would be carried out inside the school. The current lockers, which have often been described as an embarrassment by trustees, date back to the 1960s.

The plan includes $1 million to construct the new field and track. An additional $500,000 is needed for the school’s interior. The state requires interior work in such projects as a prerequisite for financial aid.  Design, engineering and legal work are estimated at $500,000 – although Villanti said that amount might be “whittled down.”

Revenue for the project would come from four sources. Haldane’s capital reserve fund would provide $600,000 and the district’s endowment fund would contribute $300,000. The sale of 10 acres of land near James Pond is also proposed. A formal appraisal has not been completed but a preliminary report valued the property at $420,000. The state would add $680,000 for total revenues of $2 million. 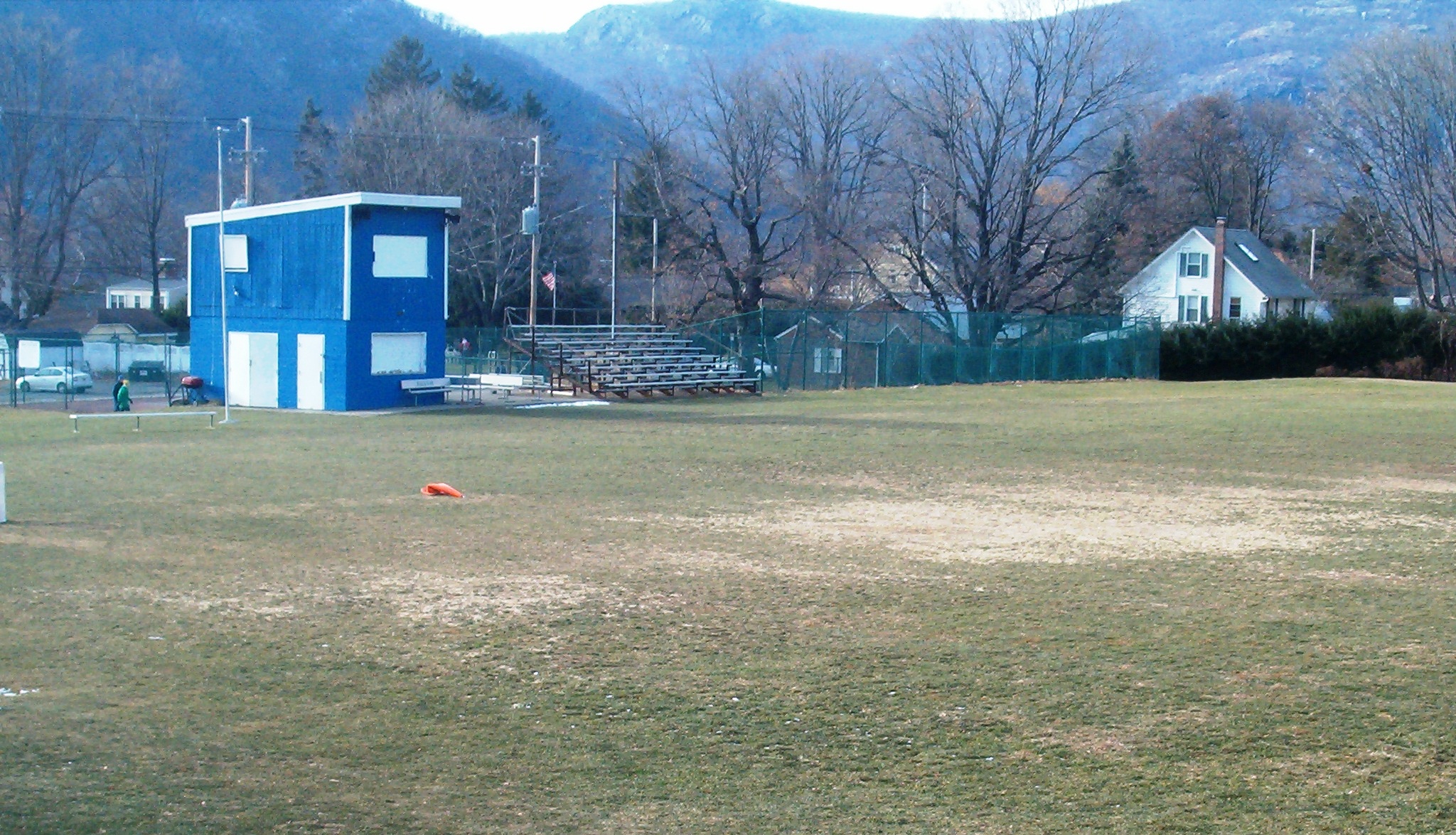 Villanti said that he has spoken to staff at New York State Department of Education (NYSED) who assured him that Haldane would qualify for the aid – as long as the indoor work was included in the project. Sale of the land is crucial to the project according to Villanti. “Without it, it’s a $1.5 million project – and drastically different,” he said.

He also said the project will require community support. The Blue Devil Booster Club has expressed interest in funding the concession stand. The project as proposed includes no extras such as new grandstands or the concession. The community would also have to support the project by saying “yes” in a referendum that could take place as early as November of this year.  Villanti estimated that the project would take a year to complete – a timeframe that requires Haldane home football games to be played elsewhere for one season.

The community-wide committee considering improvements to all sports fields in Philipstown meets on May 9. Villanti said that in conversations he had with town supervisor Richard Shea, “Nothing he said or we said was in conflict” regarding proposed field improvements. The town is also considering major improvements to its fields at Philipstown Town Park and at the Philipstown Recreation Center. Villanti said discussions on May 9 would focus on how various plans now in the works will affect each other and how they fit in with the recommendations outlined in the consultants report completed early this year.

“We’re seeing this for the first time,” said trustee Peter Henderson. He said that the board “really needs to hear from the public” and that many people will undoubtedly have strong views about the proposed project. Henderson also said he feels that synthetic turf “is the only way to go” and that adding the track is something he fully supports. Always fiscally cautious, he also said, “I’m glad to see it scaled back to basic components. And we’ll need to discuss the depletion of the capital reserve fund.”

President Joe Curto said that for him “the priority is the interior work – those lockers are a disaster.” He would also like to see improvements made to parking along Route 9D, without it being ”anything grandiose.” Curto stressed that the process will be open and very transparent to the public. “And there really needs to be no added taxes,” he said.