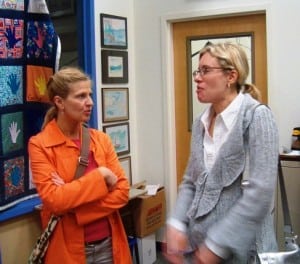 Garrison voters overwhelmingly approved the 2012-13 school budget by a vote of 196 in favor to 95 against. Incumbents Raymond O’Rourke and Christine Foertsch were reelected with 260 and 226 votes respectively. Theresa Olandi, running unopposed for the seat held by current board President Carol McCullough received 199 votes.

Upon announcement of the results, Superintendent Gloria Colucci told Philipstown.info that she was “thrilled that the budget passed” and that she appreciated the support of the voters. “I am pleased,” Colucci continued, “that programs supported by the budget can be delivered to students as planned. It is a modest budget to provide improved service.”
Photo by M.Mell