Funk rock to alternative pop at Chamber of Commerce-sponsored series 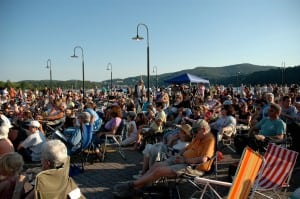 The bandstand area at full capacity at a Sunset Series concert.Photo by Damian McDonald.

With the summer cresting into its midpoint, so follows the Cold Spring Area Chamber of Commerce’s Summer Sunset Music Series, now entering its fourth week with a performance by “progressive funk rock” band Shwizz at the usual time and place: down at the bandstand at 5:30 Sunday afternoon.

This summer pleasure for locals and visitors alike has been going strong for “at least 10 or 12 years now,” according to musician and Chamber of Commerce volunteer Buddy Traina, who has been in charge of the proceedings for the past four years. Each year (and planning for the next season comes basically right on the heels of finishing up the current one), Traina receives 50 or 60 submissions from musicians: solo, bands, all permutations, eager to perform at the spectacular locale overlooking the Hudson and dominated by the mountainscape.

In choosing the eight each season, Traina aims for a 50-50 mix of local favorites and bands new to this area with whom he isn’t familiar. He is always seeking to vary genres and to include many that are family friendly. The one requirement is that they be, well, actual bands, as opposed to solo, acoustic performers, which many of the submissions are. Those “just don’t make it here — they get lost in the space,” says Traina. Once they’ve performed at the bandstand, the bands are always eager to come back, says Traina, who explains, “bands love it as a venue. There are the mountains, so serene and beautiful; it’s just a wonderful place to play.”

Sometimes, as with last year, the weather throws in a curve or two; in fact, 2011 saw four or five rain-outs, most of which were relocated to St. Mary’s church — an arrangement not in place this year. This year, the only cancellation was for Traina’s own Buddy Traina Band, but they have handily been able to reschedule for the same time, same place on Sept. 2, which had been an open slot.

Funding for the concerts is always a concern, and community business sponsors are always sought out for their support. This year, M&T Bank is the biggest sponsor, and other contributing establishments are Whistling Willie’s; Robert’s Total Care Salon; Angelina’s; Powers and Haar Insurance; Cold Spring Pizza; Moo Moo’s Creamery; Cathryn’s Tuscan Grill; and Tom Todaroff, who donated the use of a garage to store sound equipment for the season. 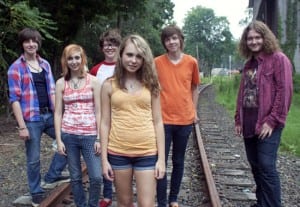 It may not be glamorous, but it sure is needed: Mid-Hudson Concrete provided the funding for the port-a-potties. Even with this funding, the costs are never completely covered, and support also comes from Cold Spring Sound (Joe Johnson and Damian McDonald), who reduce their rate in support of the community.

In addition to choosing, booking and liaising with the acts, there’s lots of red tape to be cut through before the season begins, and in fact just about every Chamber meeting throughout the year includes a portion devoted to discussing the series. Traina was approached by the Chamber’s then-president, Nat Prentice, five years ago, requesting “help with entertainment.” Behind the scenes there are permits to file, insurance liability issues to address, and “ongoing matters — a little bit every day, throughout the year” devoted to the maintenance of the well-oiled machine that many Philipstowners now take for granted, says Traina.

The majority of the crowds that gather are local, with some out-of-town acts bringing their own following, and many tourists following the siren song of the waterfront area and/or the real-life songs that can easily be heard along lower Main Street late on a Sunday afternoon. At their peak, the concerts can draw a crowd of 600 to 700 and almost always attract at least 200-plus attendees.

Appearances can be deceptive, says Traina, as many concert-goers congregate off to the side on the grass underneath the shade of the trees. To help everybody cool off, the Cold Spring Fire Company Ladies Auxiliary sells ice cream. The Chamber has tried bringing in outside vendors in the past, but evidently the proceeds haven’t been sufficient to get them to return. Nonetheless, hungry and thirsty music lovers can easily stroll right up Main Street to the many dining establishments waiting for them pre- and post-show. 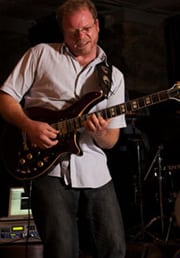 Previous concerts this year have featured local group Painted Betty’s acoustic country jazz blues and, last weekend, country blues and rock from Cold Spring’s Al Hemberger and friends. This coming Sunday marks the appearance of Shwizz, playing progressive funk rock. They are followed by funk, jazz and blues from the Burr Johnson Band Trio on Aug. 5 — “one of the best guitar players I’ve ever heard in my life,” mentions Traina. Traditional country from Philipstown favorite Tenbrooks Molly holds forth on Aug. 12, while The Trapps bring Americana rock to the stage on Aug. 19.

On Aug. 26 a younger demographic crowd is expected for the Sunset Series debut of Six Stories Told, the Hudson Valley female-fronted alternative-pop band populated by, so to speak, Hudson Valley teenagers, including Cold Spring’s own Ben Langer. With over 150 performances under their belt, including Webster Hall in New York City and at the Bamboozled Fest at The Meadowlands, as well as two EPs to their credit, the band promises high energy and catchy tunes. Traina says, “Everyone in the village has been raving about them, so we asked them to perform this season.”

As mentioned earlier, the Buddy Traina Band closes the season out with their rescheduled concert on Sept. 2.

All concerts begin at 5:30 p.m. and are free. For more details, visit coldspringnychamber.com.