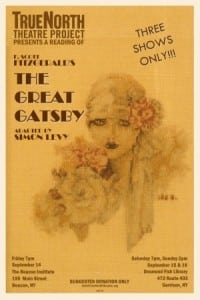 In a collective move designed to bring Putnam’s libraries back to their core — the active consumption of books — a new organization, Putnam County Reads, was formed, spearheaded by Butterfield Library’s Director, Gillian Thorpe. Spurred on by the Poughkeepsie Public Library District’s six-year-long participation in a National Endowment for the Arts initiative called The Big Read, Putnam County libraries decided to apply for a similar grant to institute a program here. They were unsuccessful in their application, but that didn’t deter Thorpe, who notes, “We’re a community center, but first and foremost let’s talk about reading again.”

Thorpe decided that a “Small Read” would work well in Putnam, at minimal cost, and she found a receptive audience in the other seven county libraries. The Big Read is designed to encourage literacy and restore reading to the center of American culture by providing opportunities for communities to read, discuss and interpret a selected work of literature.

Carol Donick, director of the Desmond-Fish Library, says, “Putnam County Reads is a way to encourage many people to read, explore and discuss the same book at the same time, deepening our community bonds.”

Both Big Read and Small Read operate in the same way: library patrons and community members are all encouraged to read the same book, and then various events, discussions and even parties are planned, all relating thematically to that book. Libraries purchase multiple copies of the book so that community members have free access to it.

Prompted by the imminent release of the latest film based upon it, Thorpe chose this year’s Small Read novel, F. Scott Fitzgerald’s The Great Gatsby. She felt it would work well because it has appeal for a wide age-range of readers, from high school on up, and for many people it is a book they read decades ago and might have an inclination to revisit. Donick feels it was a good choice: “[It] is a wonderful novel, set in suburban New York, in an area a bit like Philipstown. We can certainly all identify with taking the train or driving into the city. The climax takes place at the end of summer.”

Desmond-Fish Library is getting things going with a dramatic reading, by TrueNorth Theatre Project, of Simon Levy’s adaption of the novel. This will be performed twice, on Saturday, Sept. 15 at 7 p.m. and Sunday, Sept. 16 at 2 p.m. Wine and cheese and an opportunity to meet the actors takes place after the Sunday reading. It will also be performed at the Beacon Institute, 199 Main St., Beacon on Friday, Sept. 14 at 7 p.m.

For Garrison’s Kurt Rhoads, who is directing the reading, his initial thoughts were to try to adapt the novel himself, but he was told that an adaptation existed, approved of by the Fitzgerald estate, and after reading it, he found himself responding to the way the story was told through the eyes of the character Nick. “He’s our way into the story; he’s drawn in, and we are too,” says Rhoads.

Rhoads, known to many through his many performances in Hudson Valley Shakespeare Festival (HVSF) productions, responds to the mystery in the novel and how it is revealed. He is aiming for the reading to provide an experience of Gatsby, but not reveal it too quickly. “There’s a charm and an elegance. There’s that feeling when you go to a party and you’re not in your own class anymore and you’re dazzled. It’s fun to play these parts with all their secrets.” Rhoads finds it “a nice Jazz Age reminder — a little like the 1960s: prosperity, money in the air, that world.”

The cast includes many familiar HVSF faces: Rhoads’ wife Nance Williamson, Matt Amendt, Brad Bellamy, Don Brown, Kate Eastman, Lucky Gretzinger, Suzanna Hay and Val Mudek. There is a requested $10 donation for the Desmond-Fish readings, and reservations can be made at brownpapertickets.com. Reservations aren’t required, but seating cannot be guaranteed without a reservation.

There are two more Gatsby programs scheduled for October at Desmond-Fish. On Saturday, Oct. 13 at 2 p.m., a Gatsby-inspired concert of music from the 1920s, will be performed by soprano Gabriela Mikova Johnson, accompanied by pianist Martin Smith. Again, there is a suggested donation of $10, and tickets can be ordered through brownpapertickets.

On Sunday, Oct. 21 the library will sponsor a Great Gatsby House Tour of two mansions that they describe as “perfect places for parties like those described in the novel: Castle Rock and Cat Rock.” Pre-registration will be required for this event, as space is limited to 25 people. Participants will meet in the library parking lot at 2 p.m. and parade up as a group to the two mansions — people are not to go to the mansions by themselves. After the tour, refreshments will be served at Cat Rock.

Butterfield will be kicking their programs off in October.  On Sunday, Oct. 21 the Friends of Butterfield Library will host a cocktail party with a Great Gatsby theme. There’ll be jazz music, fun drinks, an auction, and a request to dress in 1920s attire.

At the event, the Friends will be giving out copies of the book to attendees. Butterfield will also be hosting a number of other events throughout the fall and early winter, as are all eight libraries in Putnam County, Kent’s Arts on the Lake, and Mahopac’s Putnam Arts Council. A sampling of these events include Charleston lessons at Carmel’s Reed Library and an exhibit of Putnam County during the 1920s at the Kent library.