Philipstown resident Steve Rosario says the Putnam County government is broken and, 14 years after leaving local politics, wants to return to elected office to start fixing it. Rosario, a Democrat, seeks to represent District 1 on the Putnam County Legislature. He faces Republican Barbara Scuccimarra in the Nov. 6 voting. 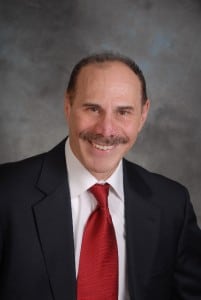 In an interview with Philipstown.info on Monday, Oct. 22, Rosario focused on tax burdens and related issues, including county budgeting and the lack of sales-tax sharing, as well as a need for a local senior-citizen center and other topics of concern to District 1, which covers Philipstown and part of Putnam Valley.

A lawyer and lobbyist, Rosario is the senior northeast regional director for the American Chemistry Council, a trade association. Along with 21 years in the private sector, his background includes 16 years in government at various levels, including a stint in the administration of New York City Mayor Ed Koch and membership on the Town Board from 1994-98, and about two decades of volunteerism with various groups.

If elected in November, he promised to hit the ground running in Carmel, which he believed “very strongly” has habitually ignored District 1. “Look at the record” under the Republicans, including soon-departing incumbent District 1 Legislator Vincent Tamagna, Rosario said. “Sales-tax revenue doesn’t come our way.

Taxes continue to go up” and residents move away, unable to bear the cost any longer, he said, criticizing “the tax burden here in Putnam County that has made us the 12th highest property-tax state in the country. All that doesn’t happen by accident. These are conscious decisions that have been made that I think were wrong and went in the wrong direction.” It took a while “to get into this mess, and it’s not going to take a year or two to get out of it,” Rosario said. “But you have to start somewhere, and I believe that ‘somewhere’ is going to begin with me, because I’m the one raising the issues and the one providing ideas.”

He pointed out that Scuccimarra has vocally supported County Executive MaryEllen Odell, another Republican. “My opponent may want to represent the county executive. I am going to represent the people of Philipstown,” he said.

In terms of taxation and budgeting, Rosario said, “there’s a couple of things we have to do. The first is we really have to go through the budget very carefully, look at the programs and where the money is going. There are programs where I think we can squeeze out more efficiencies. Each line item in the budget you’ve got to look at.”

The county also needs to avoid boondoggles and potential boondoggles, he said, citing as examples $100,000 in overspending in a non-emergency Medicaid transportation program in 2008 and a recent attempt by Odell to add 15 staff positions, at a cost of at least $1 million. He suggested that the $1 million could partly compensate for the county failure to share sales-tax revenue. If divided among Putnam’s towns and villages, “that $1 million would come to about $110,000-$111,000” each, he said. “That’s a nice start in a good-faith effort on the part of the county to share those revenues.”

Next year, if sufficient sales tax comes in, the county could increase the share to $200,000 per municipality, he said. “When the county wants to do something, it finds the money. When it doesn’t want to do something, it cries poverty. And I think that’s wrong. Let’s prioritize what we think is important as a county.”

He described the sales-tax issue as one of the most crucial confronting the town and county. “It is the towns, through the sales tax, that support a very good portion of the county budget. These are the localities that actually create the economic activity, yet they’re not participating in sharing the revenues raised,” he said. Asked if the county could share sales tax without increasing county property taxes to make up the difference, he replied, “I’m absolutely convinced” it could. “It goes back to prioritizing what is important.”

Rosario also said the county has mishandled two matters dear to Philipstown — getting Snake Hill Road repaired and providing a senior-citizen center. “The county has been dragging its feet” on Snake Hill, he said. “It is the responsibility of the county, a county road.” Instead of waiting for Federal Emergency Management Agency funds, “the county should have repaired the road and then fought with FEMA,” which reimburses localities for work undertaken directly, he said. He termed a senior-citizen center something “promised for years and years and richly deserved [by] the seniors who have done so much to create a wonderful town and county.”

Actually, “the county wouldn’t be doing it by itself” but, as other jurisdictions have, could “partner with the state” as well as pursue funding from local development agencies, Rosario said. “We may even want to partner with the Town of Philipstown.”

To bring the eastern and western halves of Putnam County closer together, he recommended that the legislature hold meetings in Philipstown and other towns a few times yearly. “It’s important that the county legislature remove itself from that bubble, so they get to see who we are, what we do, what the environment is here,” Rosario said. “I think it’s so important that the voters, the taxpayers, be a part of this process.”

Summing up his reasons for running, he said: “I have a very strong record on the environment, on open government and transparency, and I want to bring that over to the county” and use his skills to “address the issues I feel are important.”