The legacy of an architectural dynasty

Few places in the United States can claim the output of three generations of the distinguished  family of architects – the Upjohns. Cold Spring and Garrison are two of those places. 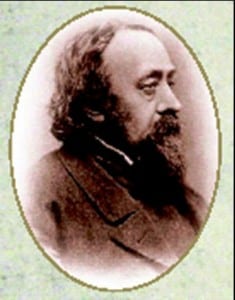 The patriarch of the Upjohns – Richard Upjohn (1802-1878) – purchased a country home in Garrison in 1853. Both he and his son, Richard Michell Upjohn (RMU; 1827-1903), were well-acquainted with the beauty of the Hudson River Valley. A compilation of Upjohn’s works in Richard Upjohn Architect and Churchman, written by his great-grandson Everard Upjohn in 1939, shows that his work in the Hudson Valley dates back as early as 1846. This was the same time that Trinity Church (1841-1846) at the foot of Wall Street in Manhattan was cementing Richard’s national reputation as the premier ecclesiastical architect of the era. Projects, either executed, planned, existing, modified or now destroyed, include:

As a result of his work in the Hudson Valley, he was acquainted with other notable architects who, in some measure, were also his competitors. One was James Renwick Jr. (1818-1895), the son of James Renwick Sr., a physicist and Columbia University professor who was a founding member of the West Point Foundry. Another was John Weller Priest (1825-1859). Like Upjohn, he was a charter member of the American Institute of Architects (AIA), who maintained offices both in New York City and in Balmville outside Newburgh.

Priest had worked briefly in Upjohn’s office and shared his views on ecclesiastical architecture. In addition, Upjohn was familiar with Andrew Jackson Downing (1815-1852) and invited Calvert Vaux and Frederick Clarke Withers, two younger architects associated with Downing, to attend the AIA’s initial meeting in 1857.

In 1853 Upjohn purchased the Garrison home and began delegating more responsibility in his practice to his eldest son Richard Michell and his son-in-law Charles Babcock, who later became the first head of Cornell’s architecture school and is often listed as the primary architect for St. John’s in Arden (Town of Tuxedo), which was built with the patronage of the Parrott family.

Between 1853 and 1865 the increasing collaboration with the two younger men allowed the father to spend more time at the country home. The home became a gathering place for three generations of the clan, with Richard and his wife Elizabeth often overseeing a small army of grandchildren produced by their three surviving sons and two daughters. By 1870 Richard Upjohn had totally retired from active practice and lived almost exclusively in Garrison. In failing health, in 1872 he resigned from his role as the first and only president of the AIA. His health continued to deteriorate and, on Aug. 17, 1878, he died and is buried alongside his wife in St. Philip’s Churchyard.

Richard Upjohn’s estate, including the Garrison home, was left mostly to his wife Elizabeth, who died in 1882. After her death, the Garrison home became the country estate of Richard Michell, his wife Emma Degan Tyng, their five sons and two daughters. There, in 1902, Richard Michell’s son Edwin Parry was married in a ceremony officiated by his older brother Rev. Richard Russell Upjohn. That wedding was attended by scores of Parrotts, Ardens, Dickinsons, Pauldings, Livingstons and Lorillards, attesting to the social status of the Upjohns in the community.

As an architect, Richard Michell was not a pure “Gothicist” as his father. However, while in partnership with his father, he was involved in the design and execution of such church commissions as St. Luke’s in Clermont and St. Peter’s in Albany. After his father’s retirement, RMU continued to produce works in the Hudson Valley such as Ludlow-Willink Hall (1869) at what is now called Bard College in Annandale, designs for elements of the Assembly Chambers in the State Capitol (1888-1890) in Albany, and St. Peter’s Church (1891) in Peekskill. He may also have been involved in later additions to the Church of the Holy Cross in Troy. Richard Michell retired in 1895 and died eight years later. He is buried in Green-Wood Cemetery, Brooklyn.

During much of the 1890s, four of RMU’s five sons worked in his New York City office. Surprisingly, only one actually pursued a career as an architect, although that occurred only after the father’s death; even then it only happened as a fluke. That son was Hobart Brown Upjohn (1876-1949).

Hobart Upjohn was born in the family’s house in Brooklyn. He attended Brooklyn Polytechnic Institute and graduated with a degree in mechanical engineering from the Stevens Institute in Hoboken, N.J., in 1899. He then taught briefly at a college in Scranton, Penn. In 1903 after his father’s death, he was employed as an engineer at the Eidlitz & MacKenzie firm. One of the partners was Cyrus Eidlitz, the son of Leopold Eidlitz, an AIA founder who had worked for Richard Upjohn in the late 1840s.

By happenstance, around 1903 Hobart received a letter intended for his deceased father, requesting a design for an Episcopal chapel. He pitched his own services, the patron accepted, and he was off on his own as an architect. His first commission, the private Mead Memorial Chapel in Waccabuc was completed in 1905; it still exists as does an addition he designed some years later to house Mead family archives. Fast on its heels was All Souls Unitarian Church in Watertown in 1906, an important enough commission to be written up in the journal American Architect in March 1909.

Through the decades following that first 1905 church, Hobart’s reputation and fame continued to grow. He gained a large group of commissions in North Carolina, initially on the basis of his grandfather’s good name, but he returned again and again to serve a pleased clientele. He became the president of the New York City chapter of the AIA, a post he held for about a decade.

He was honored with at least five national prizes, and a diploma of merit at an international exhibit in Turin, Italy, in 1925 for a graceful Colonial Revival church. Trinity Church in Manhattan — the making of his grandfather’s reputation — retained him as consulting architect until his retirement in 1945. Hobart was called upon many times to restore, rebuild or expand churches his grandfather had designed. He published scholarly works on historical revival styles of architecture.

Articles by Hobart Upjohn on hospital construction appeared in technical journals. It is little wonder, then, that the trustees of Julia Butterfield’s estate would have approached him to be the architect of the library, hospital and rectory at St. Mary’s that she endowed.

Sometime after 1913, he was hired to design the buildings that Butterfield left to the Cold Spring community. The Tudor Revival rectory at St. Mary’s came first, dedicated in 1916. In 1918 Hobart designed additions and alterations to the Charles Seton Lindsay residence on Route 301 east of Cold Spring, a home that was later acquired by Dr. and Mrs. Walter Timme.

Both Butterfield Library and Butterfield Hospital were designed in 1919, but warring factions among the estate’s trustees kept the construction documents from being bid until 1922. It was only the death of most of the trustees and executors and along with the push from local residents C.R. Squire, the school board chairman, and Dr. Coryell Clark that enabled the impasse to be broken. Hobart Upjohn was paid a total of $5,032.72 for commission and expenses on the hospital, $1,749.31 for the library.

Hobart Brown Upjohn died in 1949 in Poughkeepsie after a long illness. He was 74 years old. He was buried in Green-Wood Cemetery in Brooklyn.

This essay was submitted by the Historic District Review Board of Cold Spring.