Sayers resigns, will be registered as sex offender

Joseph Sayers, the Haldane High School teacher charged with attempted dissemination of indecent materials to a minor last April, has resigned his teaching position and will soon be sentenced after having pled guilty.

In an email to Philipstown.info, Tracy Everson, deputy communications director with the Westchester County District Attorney’s Office, said Sayers will be sentenced to time-served and “shock probation” on June 11. Shock probation “usually includes weekends in jail or a short period of jail time,” she said. Sayers will be on probation for five years with sex offender conditions and will be required to register as a sex offender after a hearing is held to determine at what level. 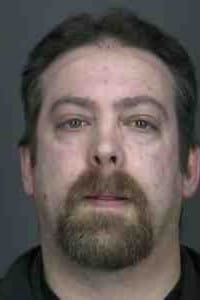 New York state classifies sex offenders in three categories, Level 3 being the most serious. Level 1 offenders are required to register for a minimum of 20 years while Level 2 and Level 3 offenders are registered for life. Sayers’ resignation from Haldane was part of a plea agreement he agreed to in court on March 19, when he pled guilty to Attempted Dissemination of Indecent Material to a Minor, a class “E” felony.

Superintendent of Schools Mark Villanti said that Sayers tendered his resignation last week. School Board trustees accepted the resignation on April 25. As required by New York state education law, he had been on paid leave since the time of his arrest, pending the outcome of the charges against him.

A press release issued by Westchester County District Attorney Janet DiFiore on April 3, 2012, stated that Sayers engaged in a series of conversations with an undercover investigator who assumed the role of a 15-year-old girl in an Internet chat room. The online conversations took place between March 5 and April 3, 2012. The release also said the undercover investigator clearly identified herself as a 15-year-old and that Sayers “discussed specific sexual acts, in which he would like to engage.”

Sayers taught grades 10-12, including Advanced Placement (AP) United States History, AP Government and Politics, Participation in Government and Economics. Immediately after the arrest, veteran teacher Dennis Cairl came out of retirement to take over Sayers’ classes. Melissa Seideman now teaches those courses and has been hired as a full-time probationary teacher.