As the Memorial Day holiday got underway, Philipstown’s Democratic Party unveiled its fall election slate, with Richard Shea running for a new term as supervisor; John Van Tassel seeking re-election as a councilman on the Town Board; and Michael Leonard, Philipstown Planning Board chairman, hoping to join them as a new Town Board councilman. 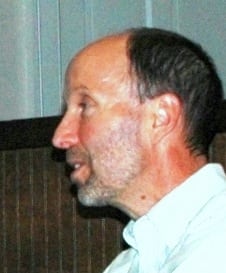 Town Board Member Betty Budney of Cold Spring decided to retire at the end of 2013 — her 25th year in office.

The Town Board consists of the supervisor, who serves a two-year term, and four Town Council members, who despite the name do not form an entity separate from the Town Board. Known as councilmen and councilwomen, or councilors, they serve four-year terms.

After eight years as a councilor, Shea was elected supervisor in November 2009 and re-elected in 2011. Van Tassel won his first term in office in 2009.

Leonard joined the Philipstown Board of Assessment Review in 2008 and Conservation Advisory Council (now the Conservation Board) in 2009, and became a Planning Board member in spring 2010, stepping up to become Planning Board chairman in 2012. In a news release, the Philipstown Democrats said that Leonard “will be an excellent representative for his neighbors at Town Hall.”

“I respect Mike for his dedication but probably more for his continual ability to exhibit good judgment and common sense,” the release quoted Shea as saying. “He is as solid a public servant as you will find, and that is backed up by his record of service.” 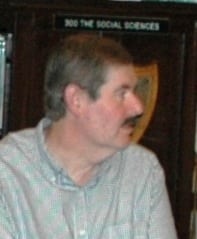 Explaining his reasons for running, Leonard, age 56, a Continental Village resident, told The Paper Sunday, May 26, that “everything I have done for the town has been about opportunity, the chance to both help others and keep Philipstown that special rural, quiet, family-oriented place where one can relax, be safe, and take in its historic charm.”

He said current Town Board members strive to keep it that way, “and I would like to be a part of it as they work to make Philipstown even better — by keeping taxes low” and retaining residents who want to remain in Philipstown as well as attracting others who share the same values.

He mentioned challenges facing the board, highlighting the need to provide “quality care programs, such as for our seniors and children, along with maintaining that delicate balance of both environmental water/land safety and community business sustainability and growth.”

To be effective, Leonard said, Town Board members should have the skills to provide a sound financial structure as well as environmental safety and sensible planned development for Philipstown. “I feel my years of board service, along with extensive training and self study in these areas, has prepared me for such a position, if chosen by the people to serve and protect them,” he said. He added that his background also “would significantly aid me when asked to make countless decisions that will help to improve the quality of this town for its people going forward.” 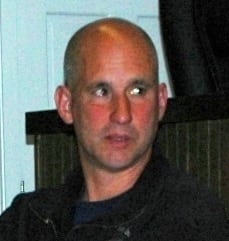 Once a registered Republican, Leonard said he has “supported and campaigned hard for the good people of this current and past Town Board for each election since 2007 because I have and continue to be inspired by them,” ever since they helped him and his neighbors on a road project, thus assuring “safe travels regardless of the weather. I wanted to give something back to my community and they made me feel welcome regardless of party affiliation or belief.”

He said he has worked to guarantee similar treatment of those who come before the boards to which he has belonged. And he praised his colleagues on the Planning, Assessment, and Conservation boards: “This town is very fortunate to have such dedicated, skilled, caring people, and I have learned a lot from them.”

In launching their 2013 campaign, the Philipstown Democrats also announced establishment of the Betty Budney Community Service Award, to be given to a high school senior, a Philipstown resident, in recognition of volunteer service.