Tending to nitty-gritty business at its formal monthly meeting last Thursday (Oct. 3), the Philipstown Town Board unanimously approved a Garrison Volunteer Fire Company request for a referendum on increasing the monthly benefit given members for years of service. It likewise agreed to a revision to the Depot Theatre’s legal status and took on a road-paving chore.

The board heeded GVFC pleas for a special election on Dec. 10 to permit residents of the Garrison Fire Protection District to approve or deny a change to the terms of the “Defined Benefit Length of Service Award Program,” or LOSAP. Under the proposed amendment, active fire company members could continue to accrue service credits after reaching the benefit-entitlement age of 65; the monthly benefit would rise from $10 to $20, the same amount given by the Cold Spring, North Highlands, and Continental Village fire departments; and firefighters could serve a maximum of 40 years, instead of 30 years. If Garrison voters approve the changes, the maximum benefit would be $800 a month – $20 times 40 years – or $9,600 a year.

“I think it’s a great incentive for these guys to get out and volunteer,” Town Board Member John Van Tassel said.

Supervisor Richard Shea wondered why the referendum would take place in December, instead of being part of the November general election, and Town Board Member Nancy Montgomery commented that “it’s quite costly to hold an election.”

GVFC representative Peter von Bergen replied that the fire company needs time to prepare and that December elections are traditional among fire companies.

Audience member Stan Freilich sought information on the proposal and suggested the changes would come with a cost.

Montgomery said the referendum allows residents to make a decision and “take a good look at this.”

Van Tassel added that a public hearing must occur as well.

Depot Theatre officials sought to ditch its identity as a local development corporation or LDC, adopted in 2003, and reconfigure the organization as a simple non-profit.

The Town Board agreed. Its five members and one representative each of the town Recreation Board and the theatre directors constitute the theatre’s panel of governing members. 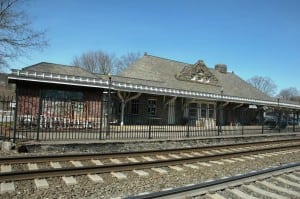 In a memo to the Town Board, theatre officials explained that the rules for an LDC had become too cumbersome following changes to New York state laws. The laws treat an LDC, regardless of its size or nature, as a “public authority” supervised by the state budget office, with demands for filing of numerous reports with the state comptroller, the memo explained. While the theatre “is presently complying with these requirements, it does not have the staff or resources to continue to do so,” it added.

“We’re just a little, lowly outfit. It’s just too onerous” to meet the increased state demands, Claudio Marzollo, a theatre board member, told the Town Board.

According to the memo, the change – in legal parlance, a merger – abolishes the Philipstown Depot Theatre Development Corp. and creates a new Philipstown Depot Theatre Inc., with the same officers, by-laws, and mode of operations as before. The memo notes that the revision becomes fully effective after the appropriate sign-off by the federal Internal Revenue Service, approvals by the New York State Department of Education, state attorney general, and a state Supreme Court judge; and a filing with the New York Department of State, all of which may take a few months.

The board also unanimously voted to revoke (that is, claim) a bond of $42,000 from the developer of the unfinished Hudson Way subdivision, off Route 301 beyond the border with Nelsonville. The town Planning Board authorized the subdivision in December 2007 and in a January 2012 agreement with the town government, the developer provided the bond money and pledged to complete, by May 31, 2012, several basic improvements, such as paving Hudson Way. Under the terms of the 2012 agreement, failure to make the improvements allows the town government to take the bond money and use it to pay for doing the work.

A week earlier, at a workshop, the Town Board had discussed the matter.

“There are no great options,” Shea said then. “We’re taking on a responsibility. We do what $42,000 can do” in terms of improvements. “I hope it works out.” Reviewing the messy situation, he concluded: “This is exactly why we collect bonds like this.”