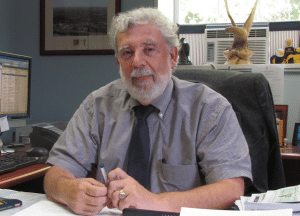 The Paper recently spoke with Mark Villanti, Haldane School District superintendent, and Stephanie Impellittiere, principal at the Garrison Union Free School, to address the issues and concerns regarding the Common Core State Standards Initiative, implemented in 2009 as a federal government initiative to create standard curriculum and testing standards across the U.S. Comments from Villanti follow. Impellittiere shares the Garrison perspective in an accompanying interview. Villanti’s comments have been paraphrased and abbreviated.

The Paper: The Common Core specifies academic standards that students must master at Haldane and across the country – initially in Math and English Language Arts (ELA) in grades three through eight. A transition to expand testing to include high schools will begin next year. The testing associated with Common Core – and the rigor of the new curriculum – has been controversial and at times confusing. Can you clarify?

Mark Villanti: There’s a difference between standards and curriculum. Standards are the benchmarks – what students are supposed to master. Curriculum is how you do it. Common Core mandates the standards (and) New York state is offering (new) curriculum as well. If you go to Engage New York, we have adopted the curriculum that’s online there – in addition to the Common Core standards.

The Paper: Is it an improvement? Did there need to be more rigor?

Villanti: It’s interesting. Prior to Common Core, New York state’s standards were ranked No. 1 in the country. But with that said, do I think the Common Core standards are better than what we had previously? Yes. I think that the shifts in Common Core are good … . (They) emphasize depth not breadth. We had a million standards (before). I think Common Core is going to be better and provide more focus to the curriculum.

The Paper: Will the standards eventually include other subject areas such as history, science, etc?

Villanti: Yes. Common Core actually started two years ago at Haldane in the elementary school. However the recommendation by the commissioner of education in the first year was that every teacher … in K-8 should introduce at least two units on the Common Core standards. You went from two units two years ago to all inclusive the following year – because we were assessed on it. That’s where the disconnect is.

The Paper: Overall, how well was the Haldane community prepared for Common Core?

Villanti: We felt we did a good job with the time we had – teachers and administration worked very hard. However you just don’t shift completely to new standards and a new curriculum in one year. For example, if you look at the shifts … Common Core talks about “scaffolding” … what you do in Math in second grade sets the stage for Math in third grade, which sets the stage for Math in fourth grade. You don’t just all of a sudden transition in one year to a new curriculum. It’s going to take years to make that transition for all students.

The (new) standards are there now but we’ve done a lot of good things in New York state. We weren’t completely reinventing the wheel. It’s the shifts that are the major difference – and they’re reasonable. Overall I think it’s a good thing.

The Paper: What about the length of the tests?

Villanti: It’s a three-hour test, but they’re done in chunks, 90 minutes at a time, over two days. But you have to remember that these kids, especially the younger ones, are taking Math and ELA. Now you’ve doubled it from three hours to six hours. It’s not just New York state. It’s required by No Child Left Behind.

It seems excessive that every grade level has to have all this testing … done in the same block of time … a two to three week window for Math and ELA.

The Paper: In Common Core and the new curriculum is it fair to say the emphasis is on teaching kids how to think – and not just learning content?

Villanti: Yes. It’s being able to think about complex ideas – that’s a big emphasis. Common Core adds rigor. It expects students to be a little less spoon-fed – to use historical documents and get their teeth into that. It’s a shift – such as spending more time on non-fiction than fiction. In the course of understanding the world around them – they’re mastering the content of the concepts.

The Paper: Is there also more emphasis on teamwork and a real-world approach to problem solving?

Villanti: Let me put it this way. You can’t get students to master complex ideas and to perform complex outcomes if you’re just talking to them didactically … One of the ways to do that is (for students) to work in cooperative groups and to be able to construct their own ideas. So yes, there’s a shift. That’s one of the reasons for the change in high school schedules to longer class times – to have more time to practice and to have students share their ideas and be able to think critically.

The Paper: Has the message to parents regarding Common Core changed this year?

Villanti: Not really. As an administrative team we’re unified. We believe Common Core is pushing us in the right direction. I told this to the commissioner of education – that what we’re saying is that the assessments and the way they are designed is misleading for the next year or two. (Parents shouldn’t) get overly concerned if a child has a “2.”

Don’t buy into what in my estimation is a little propaganda – that only 30 percent of students are prepared for college … We kind of get tricked into the “average thing.” Last year we (Haldane) had 100 percent high school completion and 100 percent college acceptance and attendance for the first time. Can we really be 30 percent proficient – what the state tests show (statewide)? I think it’s an overstatement.

The Paper: An issue has bubbled up around collecting students’ personal information as part of Common Core. What’s your take on the situation?

Villanti: The issue is the Data Dashboard and the interface to the Data Dashboard, inBloom. There is great controversy because some schools are concerned with the privacy and privatization of student information. There is a court case currently under review to determine if New York State Education Department (NYSED) is violating any student privacy protections.

Everyone should be concerned about the privacy of student records; however, the decision to upload student data was made over a decade ago when legislation, No Child Left Behind, was passed. In order to maintain a database for school accountability, a universal student ID was created and New York state along with the rest of the country began warehousing student information through BOCES.

In addition, almost every school has private vendor software, which is used for a variety of purposes – paying for school lunches, special education records and other student databases. Some schools have withdrawn from Race to The Top (RTTT) over this issue. We have chosen not to withdraw for many reasons, but principally because withdrawing seems to be more of a symbolic act and does not eliminate the warehousing of student records through inBloom. We also do not want to lose the funding associated with participation in RTTT or the eligibility for other federal grants like pre-school education.