A contingent of renowned musicians, most early instrument specialists, will join together to play at the two sold-out performances of Handel’s Messiah this Sunday, Dec. 22, at St. Mary’s Church in Cold Spring. A table will be set up at the entrance to St. Mary’s Parish Hall for any ticket returns and stand-by purchases for both the 2 and 5 p.m. performances. Biographies of a number of the musicians follow:

John Feeney is principal double bass of Orchestra of St. Luke’s, and the period instrument groups American Classical Orchestra, Sinfonia New York, and Opera Lafayette in Washington, D.C. A chamber musician and soloist of international recognition, he was first prize winner of the Concert Artists Guild and Zimmerman-Mingus International Competitions and a medalist-prizewinner in the Geneva and Isle of Man Competitions. In 2010 he gave the world premiere performance of Dragonetti’s Concerto in D with the American Classical Orchestra. 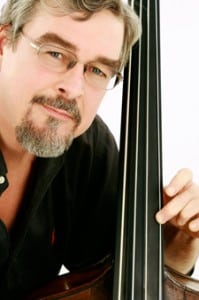 In 2007 Feeney played the world premiere of Paquito D’Rivera’s Conversations With Cachao, a concerto for clarinet, sax, and double bass at the Caramoor International Music Festival. Subsequent performances have been with the Orquesta Sinfonica Nacional in Mexico City and Monterrey, Mexico. In 2009 he founded the DNA Quintet and began recording and publishing the premieres of the chamber music of Domenico Dragonetti. His urtext editions of the never-before-published music of Domenico Dragonetti is available online at MusicaNeo.

Feeney has been prolific at transcribing music for the double bass and violone and is an avid Viennese violonist. In 2010 he co-founded The Serenade Orchestra and the Serenade Quartet, which have given numerous concerts featuring the music of 18th- and 19th-century Vienna.

Amy Goldin is a core member of Antioch Chamber Ensemble, a 12- voice chamber choir with which she has performed in numerous festivals here and abroad, including Piccolo Spoleto in Charleston, S.C.; the Musique en Morvan Festival and the Festival des Choeurs Laureats in France; Nautilus Music Festival in Nova Scotia, and the highly prestigious Tolosa International Choral Competition in Spain, in which they were awarded first place honors. Goldin has performed extensively as soloist and with numerous ensembles throughout the greater metropolitan area, including Kairos: A Consort of Singers, Aeode Consort, Juneau Vocal Alliance, Prana, Cantori New York, Danbury Concert Choir and the Newburgh Symphonic Chorale. She lives in Woodstock, N.Y., with her husband and two children.

Christine Gummere has been playing baroque and classical cello since 1985, when she was invited by harpsichordist James Richman to be principal cellist for Concert Royal. During her tenure with the group she had the great good fortune to work closely with Richman and Catherine Turocy, artistic director of the New York Baroque Dance Company, both of whom deeply influenced her understanding of baroque and classical style. Other groups she has enjoyed performing with include Concordia, a chamber symphony led by Marin Alsop; String Fever, a string swing band; and the Riverside Symphony, an orchestra specializing in 20th-century music, where she was principal cellist for 19 years. In 2007, after 30 years as a New York freelancer, Gummere, with Gene Murrow, co-founded Sinfonia New York, a period instrument ensemble.

Christine Howlett is an associate professor of music and director of choral activities at Vassar College where she conducts the Vassar College Choir and Women’s Chorus, and teaches music theory and voice. She is the artistic director of Cappella Festiva and the music director for the Danbury Concert Chorus. Her choruses have sung at Lincoln Center and Carnegie Hall, and have toured overseas in England, France, Germany, Italy, Spain, and Turkey. She is active as a soloist and recently released the recording Love Raise Your Voice on MSR Classics with Holly Chatham, piano, and Patrick Wood, violin. She has sung with professional choruses including the Carmel Bach Festival Chorus, the Oregon Bach Festival’s Berwick Chorus, and New York Choral Artists.

Karen Marie Marmer studied violin at the Aaron Copland School of Music at Queens College and the Yale School of Music. Her baroque violin studies were with Jaap Schroeder, at Yale and Lucy van Dael at the Royal Conservatory in The Hague.

Her international career has included collaborations with Capriccio Stravagante (Paris), the Nederlandse Bach Vereniging (The Netherlands), Ensemble Baroque de Mateus (Portugal), the Smithsonian Chamber Orchestra (Washington, D.C.), Les Idees Heureuses (Montréal) and the American Bach Soloists (San Francisco). She has been a principal player with the New York Collegium, American Classical Orchestra, New York’s Grande Band and with the Barockorchester Stuttgart, of which she served as co-concertmaster from 1991-96. More recently she was guest concertmaster with Bach Vespers at Holy Trinity in a performance of Bach’s St. John Passion.

Benjamin Wolff, cellist, is associate professor of music at Hofstra University and a member of the Hofstra String Quartet. He also performs regularly with period instrument ensembles such as Early Music New York, Concert Royal, American Virtuosi, and Baroque Orchestra of Maine. In addition to his work as teacher and performer, he is director of the ensemble Listening To History which brings the past to life through performances that celebrate the connections between different spheres of human achievement and knowledge. His innovative programs Galileo’s Muse and City of Joy have been presented at NASA’s Goddard Space Flight Center, Wellesley College, Williams College, the CUNY Graduate Center; and Rice, Harvard, Yale, Hofstra, and Georgetown Universities.