When an event has taken place annually on 107 previous occasions, it’s probably safe to call it a tradition. The Putnam History Museum continued that longest-standing tradition when it held its 108th annual meeting on Saturday, March 29, at the museum on Chestnut Street in Cold Spring. 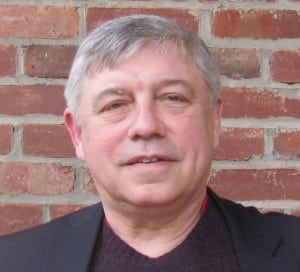 Preston Pittman was elected to Putnam History Museum’s board of trustees. (Photo by M. Turton)

The “meeting” part of the gathering took care of the once-a-year chores that all non-profits face. A favorable vote by the full room of members elected Preston Pittman to the museum’s board of trustees. Pittman is an executive with AHRC, a family-governed organization that offers individuals with developmental disabilities a range of programs, services and support. He has been a supporter of the Putnam History Museum for several years and is on the vestry at St. Philip’s Church in the Highlands. He and his partner live in Garrison and Manhattan.

Executive Director Mindy Krazmien gave a brief presentation looking back at 2013 and ahead to what is planned for the museum in the upcoming year. Krazmien said that budget cutbacks were needed to meet last year’s financial challenges. One reduction resulted in the museum mounting only one major display, Remembering War: 1775 to Present. Described by Krazmien as one of the year’s major highlights, it featured items from the museum’s collection as well as from local residents. 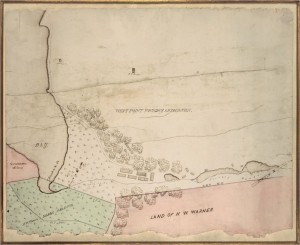 She also touched upon a presentation offered in May in conjunction with Teaching the Hudson Valley and that featured guest speaker James DeWolf Perry whose ancestors’ Bristol, R.I., slave trading operation was the largest in the U.S. The program included airing of the PBS documentary Traces of the Trade: A Story from the Deep North that chronicles the DeWolf family legacy in human trafficking and which led to the founding of the Tracing Center on Histories and Legacies of Slavery, which DeWolf Perry now heads up.

Krazmien said attendance at the museum remained modest in 2013 with approximately 1,500 visitors including close to 300 participants in youth and young adult programs.

Turning to 2014, Krazmien said a major undertaking will be the redesign of the museum’s permanent West Point Foundry exhibit. The $30,000 project will include input from the designers who created the outdoor exhibits at Scenic Hudson’s West Point Foundry Preserve, which opened last fall. Krazmien said that a new exhibit, Modern Architecture in the Hudson Highlands, will open on May 3 and will feature 20 houses in the “modernist” style, which uses geometric planes and glass to highlight beautiful views of the Highlands.

Coleman’s brief treasurer’s report listed Putnam History Museum’s 2013 income as $330,316 against expenses that totaled $263,545, both of which were adjusted to reflect depreciation and investments. She also reported that the museum’s investments at the end of the fiscal year were valued at $828,731.

The meeting concluded with a slide presentation and talk by Bryan Dunlap, archivist at the Constitution Island Association. Dunlap spoke about his research into Henry Warner’s purchase of the island, his unfulfilled plans for it and surrounding lands and a serious conflict that arose between him and the owners of the West Point Foundry.