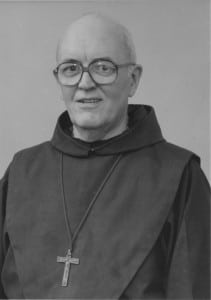 Services will be held Monday, April 21, and Tuesday, April 22, at Graymoor in Garrison for Brother Stephen Hanley, SA, a Franciscan Friar of the Atonement, who died on April 11, 2014. He was 85 years old.

A wake service will be held at 7 p.m. at Graymoor on Monday, April 21, on the third floor of Pius X Building. The Mass of Christian Burial will be celebrated at the same location at 10 a.m. on Tuesday, April 22. Interment will follow at the Friars’ Cemetery. Funeral arrangements are being handled by Dorsey-Carlone Funeral Home of Peekskill.

Brother Stephen, was born in Jersey City, N.J. He attended St. Ann’s High School, now Archbishop Molloy High School, in Queens, N.Y. He entered the Franciscan Friars of the Atonement in 1946 and professed his final vows in 1952.

He served as bookkeeper in the Graymoor treasurer’s office, where he worked for 40 years as an assistant treasurer, then associate treasurer. He later served in the Mass Department. He retired in 1998, to serve as a volunteer in the Graymoor Development Department. In 2006, Brother Stephen was the recipient of the Brotherhood Award for Witness by the Religious Brothers Conference for his 60 years of internal service to the community and Graymoor.

For six decades, he lived and worked at Graymoor until he moved to the Holy Name Community in Ringwood, N.J., where he resided until his death. Brother Stephen was given the name Thomas by his parents, the late Thomas Hanley and Brigid Hanley (Hart) of Ireland. He is survived by several cousins from Toms River, N.J.