Dia:Beacon is currently presenting the largest one-person exhibition since opening its doors in 2003. Carl Andre: Sculpture as Place, 1958 – 2010 is the artist’s first North American retrospective in 30 years. This large survey covers six galleries and an outdoor location. Much credit is due to Dia Curator Yasmil Raymond and former Director Philippe Vergne who recently left for The Museum of Contemporary Art, Los Angeles.

Years of research went into the making of this long-overdue retrospective which includes work from over 50 years of Andre’s artistic output and is grouped into three parts: 45 sculptures, 160 poems and a selection of assemblages he made as gifts known as Dada Forgeries. 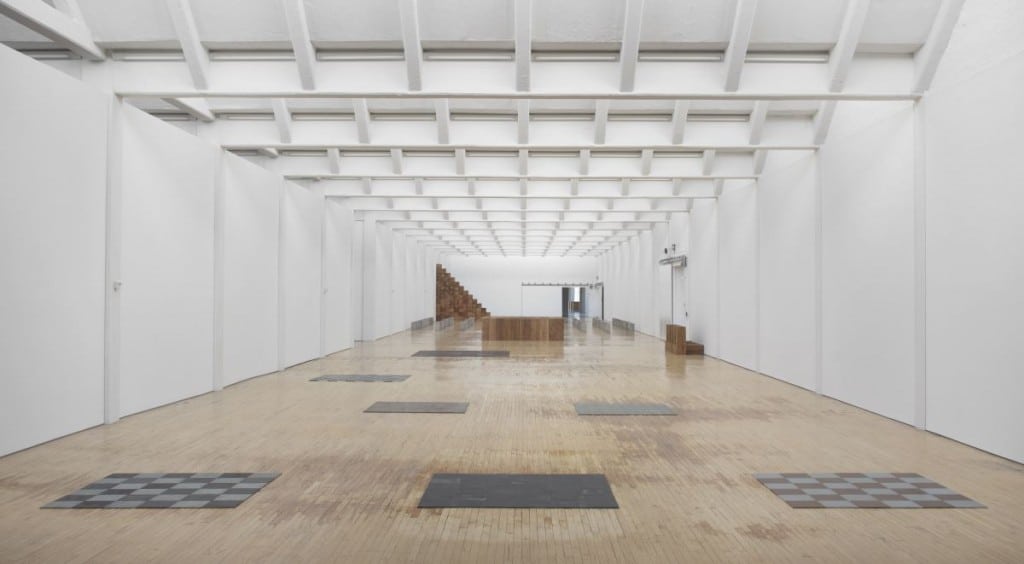 Andre is acknowledged as being one of the most important founding artists associated with Minimalism, the art movement that began in the U.S in the 1960s and early 1970s. Minimalist works by artists such as Dan Flavin, Donald Judd, Sol LeWitt, Agnes Martin, Robert Smithson and Richard Serra have been collected by the Dia Art Foundation since that time period and are well represented in the spectacular collection.

Andre shared concerns with all of those artists but his important contribution has been conspicuously missing at Dia:Beacon these past 11 years. There are many possible reasons for this — not least of which is the controversial death of his Cuban-born wife Ana Mendieta, an accomplished and revered artist in her own right, in 1985. Though he was tried and acquitted of murder in 1988, the ensuing years left Andre with a divided camp of supporters — art world friends, critics and dealers, as well as a large faction, including Mendieta’s friends and family, convinced of his guilt.

The exhibition begins with early works from the late 1950s and 60s. Lever (1966) brought Andre widespread attention and was exhibited in Primary Structures: Younger American and British Sculptures at the Jewish Museum, New York, that same year. Consisting of a straight line of 137 white firebricks cutting across the floor, it runs halfway across the gallery. This period is when Andre began to make use of humble industrial materials he could purchase from hardware stores. Andre was not interested in craftsmanship or the handmade. He used factory manufactured materials, possibly an influence from working for the Pennsylvania Railroad from 1960 to 1964.

Andre’s work, low on the floor or stacked to create volume was considered radical in the 1960s. He was an early proponent of “shifting art into a realm of experience,” exhibit notes stated. Disinterested in traditional sculpture’s verticality, Andre called his work “cuts into space” and “places.” He stated: “A place is an area within an environment which has been altered in such a way as to make the general environment more conspicuous.” His metal tile works, flat on the floor are meant to be walked on, but due to the fact that they are in private collections, only one of these works in the exhibition, 46 Roaring Forties, affords that desired experience since the artist owns it.

Andre has never had an art studio and created his works directly at the exhibition location in relationship to the site. This way of working gives his art a timeless quality that does not feel dated. Many artists continue to work that way today, 50 years later. It was also economical and though greenhouse gas emissions was not a forefront issue at that time, Andre avoided shipping his works around the globe and insisted upon working with materials from the given location.

This gave him the ability to respond to the architecture and materials giving preference to “locality,” another issue of central importance to artists today. Often his works were left on location or destroyed. In some cases these works have been re-created but remain true in size and materials to the original exhibition. According to Raymond, “His legacy and the logic of his work translate beyond his time to future generations of artists and today.” Andre retired in 2010, stating that he had exhausted materials and forms. 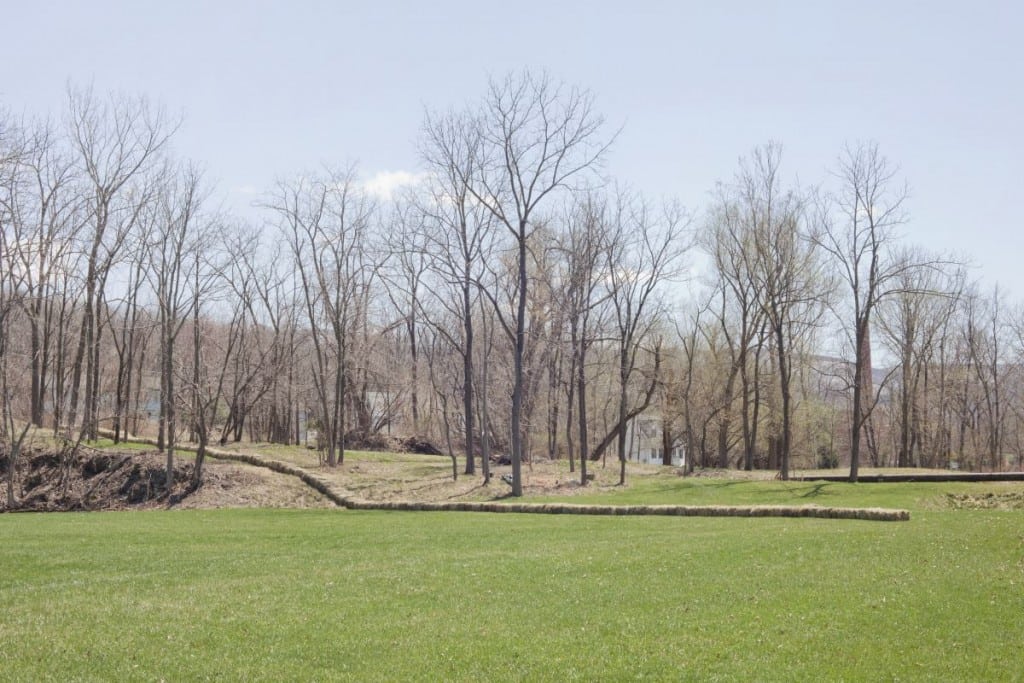 However, one of the surprise works included in Dia’s rarely used outdoors is Joint, an ephemeral work from 1968, originally created in Putney, Vermont. Dia invited the artist to remake the work in a large field adjacent to the building. It can be viewed through a gallery window, and visited by timed tours. Joint consists of a line of hay bales in the landscape that joins a hill and plane, connecting the woods into an open flat grassy area. The hay bales will eventually deteriorate or be eaten by animals. Andre did not consider this piece to be an “Earthwork” referring to the period of works made in the landscape in the 1960s. He was not interested in the chaos of nature, but in human-made order.

Another important aspect to the exhibition is Andre’s Typewriter Drawings, a series of hand-typed poems mostly composed between 1960 through 1965. He considered the material aspects of language as similar to and as important as sculpture. He used the grid of the typewriter to define his spacing as well as lists and mathematical sequences. His visual use of poetry became a space for meditation where he made connections to his own life and background in Quincy, Massachusetts, as well as his readings of Ezra Pound, Gertrude Stein and William Carlos Williams. American history was also a topic of great interest.

Downstairs are three intimate video portraits of Andre with friends, eating and having discussions, which offer an insight to his social life and working process. The videos were taken by his friend ­­­­Virginia Dwan, a patron and former gallery owner, who was one of the first to present artists associated with Minimalism and Earthworks. Along with the humorous and eccentric Dada Forgeries are photographs and ephemera such as postcard correspondences. These provide access to the artist’s thought process and reveal some of his influences: artists he admired such as Brancusi and Duchamp.

The Carl Andre retrospective is documented with a full-color book, including original essays by the curators, art historians and scholars. It remains on view at Dia:Beacon through March 2015, the only North American venue. Visit diaart.org for more information, including gallery hours.