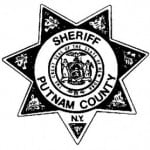 Putnam County Sheriff Donald B. Smith reports that two notes threatening violence against students were found Wednesday (June 11) in the Putnam Valley Middle School. The threats prompted school officials and law enforcement officers to evacuate students from the building and to bring in bomb-sniffing dogs. Authorities later determined that a student in the school had written the notes.

The two handwritten notes were found a few hours apart by students. Both notes were found in a second-floor boy’s restroom, one at about 10:55 a.m. and the other at about 2 p.m. The notes contained threats that bombs and guns would be used in an attack against the school on Wednesday (June 11).

The students who found the notes turned them over to teachers. After the first note was received, the principal alerted the school resource officer — a deputy sheriff assigned to the school. As a precaution, officials evacuated the students from the middle school building and escorted them to the auditorium of the Putnam Valley High School. The two schools share the same campus on Peekskill Hollow Road. Both schools were placed in a “lock-out” condition during the incident, whereby no visitors were allowed to enter either building.

Sheriff’s deputies and state troopers with bomb-sniffing dogs searched the evacuated middle school and found no explosives or weapons. Students were returned back to the middle school after officers determined that the building was clear of any threats. The evacuation and search lasted from about 11:30 a.m. until 12:45 p.m. School officials used an automated telephone and email system to alert parents of students about the incident as events were unfolding.

By Wednesday afternoon, sheriff’s officials and school authorities investigating the matter had determined that a male student in the middle school had allegedly written the notes. The student, whose name is being withheld because of his age, faces possible administrative action by the school district and potential charges in court.