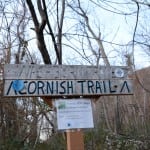 A post across from Little Stony Point guides hikers to trails.

Thanks to an infusion of $100,000 in state money, sometime in the next six years residents and visitors should be able to use a sidewalk all the way from Cold Spring to Little Stony Point and the start of mountain trails north of the village.

Through multi-government cooperation, work on the sidewalk is slated to begin in April; it dovetails with still-developing plans to construct a Hudson Highlands Fjord Trail between Cold Spring and Beacon.

Philipstown’s Town Board last Thursday night (Nov. 20) approved an agreement with the New York Department of Transportation, source of the funds, for the sidewalk work, scheduled to end in April 2020.

As described in state paperwork, the project consists of “installation of 1,750 feet of sidewalk along the west side of County Road 17, also known as Fair Street, to connect Main Street in the Village of Cold Spring to the Washburn Trailhead at Hudson Highlands State Park.” The Washburn Trail begins across Route 9D, a state highway, from Little Stony Point, part of the state park system, and climbs eastward up Bull Hill. A second trail there leads toward Breakneck Ridge and the ruins of the Cornish estate, slightly farther north. 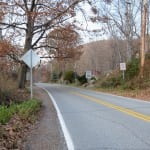 Pedestrians currently must walk along the road or narrow verge on part of Fair Street, also known as Putnam County Highway 17 as it stretches toward Little Stony Point.

Philipstown Supervisor Richard Shea announced the sidewalk grant when the Town Board took up miscellaneous business after its adoption of a fiscal 2015 budget Thursday. “Right now we’ve been told we’ve received the award,” he explained. “I don’t count these until we have them in our bank, but right now we do have a project number,” a state procedural item, “and we’ve been advised that it looks like we are going to get the $100,000.”

The news came as a bit of a surprise to James Hartford, an architect who lives in Cold Spring with his family and serves as president of the Little Stony Point Citizens Association, a volunteer group that helps maintain the state park. Speaking as an individual, not for the association, Hartford on Monday (Nov. 24) expressed mixed feelings about the pending sidewalk.

“I do welcome the added safety that this would presumably provide,” he said. Yet, he added, “honestly, a sidewalk to a hiking trail is a funny contraption. What they need to do is make the shoulder safer and slow cars down, and structure parking so that overflow is not clogging the existing shoulder — causing people to walk farther into the traffic lane. Maybe a sidewalk is the answer. But will it be plowed? Who will maintain it? That is quite important.”

A crosswalk striped across Route 9D between Little Stony Point and the Washburn Trailhead clearly is intended to enhance pedestrian safety — already. But drivers routinely race past, many seeming to ignore the 40 miles-per-hour speed limit and most apparently unaware of the purpose of a crosswalk or the presence of anyone daring to rely on this one to get from the trailhead to Little Stony Point or vice versa.