Whether the year 1955 is but a hazy memory for you, the year your mother or father — or even grandfather or grandmother — was born, or any other point on time’s graph, that particular year, 60 before this one, is the touch-point for a new Philipstown event embracing all ages, seeking to bring them together in a sharing of conversation, personal history and general conviviality.

Dubbed “Philipstown: I Remember,” an afternoon filled with inter-generational trading of stories, songs, music and memories will take place on Thursday, April 16, (rescheduled from March 5) from 4 to 6 p.m. at Butterfield Library. 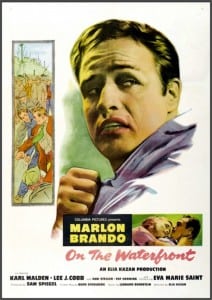 The original poster for the winner of the Best Picture Academy Award of 1955, ”On The Waterfront”

In what is almost a storytelling potluck, local seniors are invited to the library and asked to leave the casseroles at home and instead bring along a story, any tale from their personal history, especially one related to any aspect of growing up in an earlier era in Philipstown, to share with a contingent of older elementary- and middle-school-aged children from the community. Should the seniors wish to bring along their stories in written form, these will be collected and made into a scrapbook.

The seniors, for whom transportation to the library will be provided, are also encouraged to bring along memorabilia of the time, be it photos, objects, clothing, toys or anything else. In return, Haldane’s fifth- and sixth-grade classes have been busy preparing questions for the occasion.

To create a period ambiance, browsing materials will include photographs from Putnam History Museum’s collection, plus displays of books, movies and music introduced in 1955 (the year was chosen from those ending with “5” because it is one which many can still remember well and indeed have vivid memories of, plus it was a time that will appear quite “old”, in terms of the culture, to today’s kids.) Live music will feature popular songs of the day.

“The books, movies and music are basically the frame of this day, and then we’ll put in the stories and fill out the frame,” said Dar Williams, who, along with Cecily Hall, Ivy Meeropol and Nancy Montgomery, is organizing the event.

The day is certain to be filled with plenty of “Did you know?” moments about this town and its lore. For a small sample, two supplied by the organizers are:

The idea for this stemmed from something as old-fashioned as a lemonade stand on a shady corner: encounters on the street between Williams and some of the people living near her, most of whom are long-timers if not old-timers — people like Betty Budney and Jeff Amato, who have been known to regale listeners with an anecdote or three, and whose knowledge of this particular part of the universe is vast. 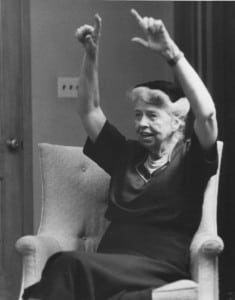 “It was Betty Budney’s story of how [her late husband] Mackey proposed to her and Jeff’s showing me a photo of helping someone make a soapbox go-cart in the early ’70s that made me think that every picture I see of Cold Spring shifts the landscape for me,” Williams said, “and I wish that I learned history this way. Personal, local history is a great way to anchor global history. I wanted to see if we could create a connection between stories and kids.”

Butterfield Library, its own historic feel perhaps its most outstanding feature, is the appropriate setting for the event, which its director, Gillian Thorpe, is helping to facilitate. She, too, is a longtime local history buff. “I was obsessed with Julia Butterfield, growing up; I wanted to know more. For a long time the library had a wonderful program with [former Town Historian] Donald MacDonald.”

Others organizing feel similarly. Meeropol, who also worked with MacDonald last year when she guided a group of Haldane fifth-graders on Arts Day in producing a documentary film called Who Was Haldane? with MacDonald as a focus, said she feels “a great connection to the elderly. They have so much to offer, and are more and more left out … Our culture doesn’t recognize their importance. In college I met an exchange student from Africa when we worked in a nursing home together. He said, ‘When one of the elders dies, a library burns.’ It’s that idea that children would sit at the feet of grandparents.” 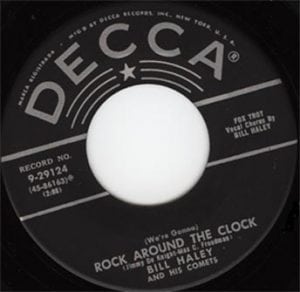 Thorpe concurred, recalling, “As I child here I would go from porch to porch, hearing stories; that’s pretty much gone now.”

For Williams, that’s what’s at the heart of this bringing together of generations: “We need these stories. Things change so fast and we need to value the history and the narrative — for perspective — and not be cavalier about it. And if we can find the common vein, we might be able to bring it out more.”

To ensure that seniors are made aware of the event and have an easy way to attend it, many efforts are being made to publicize it. The organizers approached the seniors’ center on Cedar Street, the senior housing complex at Chestnut Ridge and numerous other seniors throughout the community, including those who take Fit for Life, the seniors fitness class Hall helps teach at Philipstown Rec along with the many who will be attending the Seniors Breakfast event at Rec on Feb. 11.

Montgomery, a town councilor, plans to mention it at the next Town Board meeting. The organizers are calling upon members of the community to help them reach out to seniors who perhaps are unaffiliated with any groups, to encourage them to attend as well. To transport some of the seniors with ease, a van will shuttle attendees back and forth between Chestnut Ridge and the library. A fleet of drivers will also drive any interested senior door-to-door upon request — just call the library in advance to arrange transportation.

Disneyland first opened its doors in 1955

At the other end of the spectrum, so that older kids can participate without the intrusion of their younger siblings, a 1955-based craft activity will be offered. The entire event is free of charge and all are welcome.

Above all, the afternoon is meant to communicate to the older members of the community that their presence here is valued. “We’re just the conduit,” said Meeropol. “We want them to know that we know they’re here and they are living history.”

Anyone with questions should contact the library by phone at 845-265-3040 or at butterfieldlibrary.org, and if library staff can’t provide the answer, they will get in touch with one of the event organizers.