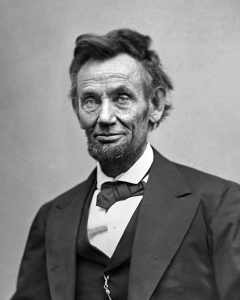 Lincoln in February 1865, about two months before his death.

Coinciding with the 150th anniversary of Abraham Lincoln’s tragic death, historian Anthony Czarnecki will present a program entitled “President Lincoln’s Secret Visit to West Point” on Saturday, April 18, at 2 p.m., at the Little Red Schoolhouse, 297 Locust Ave. in Cortlandt Manor. Sponsored by the Van Cortlandtville Historical Society, the event is open free to the public.

In a PowerPoint presentation of words and pictures, Czarnecki will illustrate how new and original research has revealed why President Lincoln made a clandestine trip to the U.S. Military Academy in the middle of the Civil War in June 1862. He will explain what Lincoln did during his three-day stay in the Hudson River Valley and how history changed as a result of the secret visit to West Point.

“It was his longest journey away from the White House and his only trip to New York state during his entire presidency,” Czarnecki pointed out.

The Little Red Schoolhouse is located next to Old Saint Peter’s Church and cemetery at the north end of Locust Avenue on the hill just south of Oregon Road in the Town of Cortlandt. For more information, visit vancort.net or call 914-736-7868.