Performances in Putnam County April 25 and May 9

Judy Marano, executive director of Studio Around the Corner, and James Shearwood, theater programs director at Arts on the Lake, have announced that their respective organizations will partner to bring the documentary play De Novo to Putnam County for a performance at AOTL in Lake Carmel on April 25 and at the Studio in Brewster on May 9. 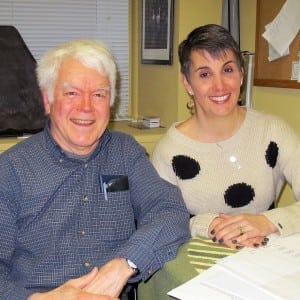 Created by the off-Broadway Houses on the Moon Theatre Company, this play, made up entirely from immigration court transcripts, interviews and letters, tells the true story of 14-year-old Edgar Chocoy and his legal struggle to be allowed to stay in the United States.

Directed by Jeffrey Solomon and Emily Weiner, the work of Houses on the Moon Theatre Company is to make “unheard voices heard.” In “De Novo,” it is the “unheard voice” of a young Guatemalan who escapes the death sentence of a gang, and makes his way to join his mother in California, that is being heard.

Marano has developed an English as a second language program in Brewster that is supporting this production. She was also instrumental in securing a performance of “De Novo” for students at Westchester Community College this semester, where the production was followed by discussion with immigration and human rights experts.

Photo courtesy of Arts on the Lake