Parent of teen who committed suicide will speak at Haldane

At 7 p.m. on Wednesday, May 6, John Halligan will give a presentation on Bullying, Technology and Youth Depression at the Haldane Auditorium in Cold Spring.

Halligan’s son, Ryan, died by suicide on Oct. 7, 2003, after being bullied by classmates at school and online. He was only 13 years old.

Halligan’s presentation will cover the lessons learned too late for his family regarding how to deal with bullying, cyberbullying and teen depression. Parents will be empowered with strategies to take preventive actions with their own children. 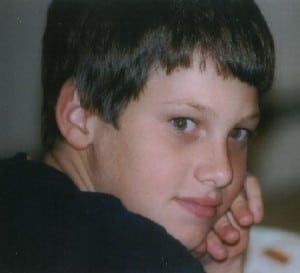 In memory of his son and just a few months after Ryan’s death, Halligan spearheaded the Vermont Bullying Prevention law in 2004. He also led the passing of a law in 2006 pertaining to suicide prevention education in public schools.

Halligan has been outspoken about the need for more education about and prevention of bullying, cyberbullying and teen suicide throughout the U.S., Canada and Latin America. He and his wife, Kelly, have appeared on several national TV programs including Primetime with Diane Sawyer, PBS’ Frontline and The Oprah Winfrey Show.

Child care will be available during the event, which is sponsored by the Haldane PTA.