The series, hosted at the Village of Cold Spring’s Riverfront Bandstand, brings entertainment to the village for residents and visitors to enjoy free of charge. Concerts, which range in style from country to blues to Americana, run from 6 to 8 p.m. 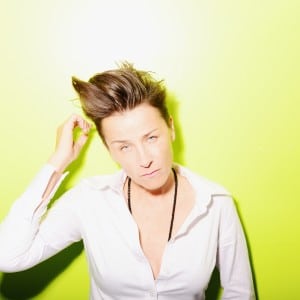 Ferrick is an indie singer songwriter from Boston. She has released 17 titles over the last 20 years and just released her 12th original studio album in July 2015. Her last release, The Truth Is, won the 2014 Independent Music Award for Alt. Country Album of the Year Fan Vote and was the first self-produced album since 2004.

Signed to Atlantic Records in the mid-’90s, Ferrick was part of a new wave of alt-rock females, including artists like Liz Phair and PJ Harvey. Ferrick went on to found her own label and release a string of albums and EPs in which she played almost every instrument herself. She tours regularly and plays to packed houses across the U.S.

Ferrick, an eight-time Boston Music Award winner, signed with New York–based MPress Records. Her 2011 album Still Right Here debuted on Billboard’s Heat Seekers Album Charts, won an eighth annual International Acoustic Music Award and garnered two Independent Music Award nominations. In 2011, Ferrick was a featured music honoree in Out magazine’s OUT100, focusing on artists who make an impact on the community. She has shared the stage with Morrissey, Marc Cohn, G-Love, K.D. Lang, Suzanne Vega, Shawn Colvin and the Indigo Girls, among others.