Said Polonius to Hamlet: “What are you reading, your highness?”

Those words, of course, were Shakespeare’s building blocks, the ball of string from which his great creation began. The Pavlovian response to the name “Shakespeare” is to think “plays,” but each play of his, each sonnet, finds its essence, of course, in words themselves.

In this spirit, local poet James Hoch, in collaboration with the Hudson Valley Shakespeare Festival (HVSF) and Boscobel, has organized an inaugural Poetry Day (dusk, really) this Saturday, Aug. 22, at 6 p.m., on the grounds of Boscobel before a performance of A Midsummer Night’s Dream. Picnicking is welcome, and it is not necessary to hold tickets for that evening’s performance, but theatergoers are encouraged to come early and partake of both.

Bringing their words to the event are three noted poets, T.R. Hummer, who has recently relocated to this area, David Baker and Page Hill Starzinger. The presentation bears intentional resemblance to the HVSF’s summer-long Friday Night Prologues, which have kicked each weekend off with preshow talks and interactive explorations led by actors, directors, scholars and guest artists, all taking place on the expansive lawn outside the tent.

“It’s great to integrate poetry and Shakespeare,” Hoch said. “There’s often a crossover of interest with theatergoers and poetry fans. The festival does well in contemporizing Shakespeare’s text; this is a chance for poets to come and echo that.”

The poets were not asked to read selections from their work with any overt connection, thematically or otherwise, to Shakespeare’s.

“This isn’t a discussion of Shakespeare’s work — it’s more an interweaving of contemporary poets with the festival, where the venue and the preshow format make it unique,” Hoch explained. “And I’m hoping that it’s the beginning of a conversation about how we can honor the verse as well as the plays. When you celebrate theater, it’s always in conversation with Shakespeare, Sophocles — the greats. When you create modern works, you’re in conversation with the canon. Poets, too; Shakespeare might be the heart.”

Hoch called himself “so appreciative of the level of generosity of the three poets who have agreed to read … We’re mixing local and not-so-local, and it feels most appropriate to start with Terry [Hummer], who has recently moved here, and to get to know him as a poet and a person. He’s a wonderful boost to poetry in the Hudson Valley.”

Hummer’s bio indicates he is a poet, critic and editor with degrees from the University of Southern Mississippi and the University of Utah, where he earned a Ph.D. Hummer’s interest in class, sexuality, music, and metaphysics influence collections such as Lower-Class Heresy (1987), Walt Whitman in Hell (1996), The Infinity Sessions (2005) and Ephemeron (2011). 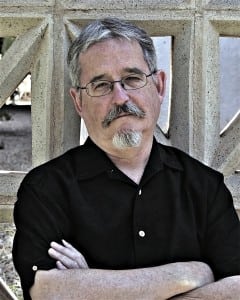 In addition to poetry, Hummer has published two books of criticism and has worked on numerous literary journals, including stints editing Quarterly West, the Cimarron Review, the Kenyon Review, the New England Review and the Georgia Review.

Hummer’s numerous honors and awards include fellowships from the National Endowment for the Arts and two Pushcart Prizes. He has taught at various institutions, including Kenyon College, Middlebury College and Arizona State University, where he is director of the creative writing program.

Baker (who, incidentally, according to Hoch, served as best man in Hummer’s recent wedding to Philipstown’s Elizabeth Cody), according to his biography, “received his B.S.E. and M.A. degrees in English from the University of Central Missouri and his Ph.D. in English from the University of Utah, where he also served from 1980–83 as editor of Quarterly West.

He is the author of 11 books of poetry, most recently Scavenger Loop (Norton, 2015) and Never-Ending Birds (Norton), which was awarded the Theodore Roethke Memorial Poetry Prize in 2011. His five books of prose include Show Me Your Environment: Essays on Poetry, Poets, and Poems (Michigan, 2014). 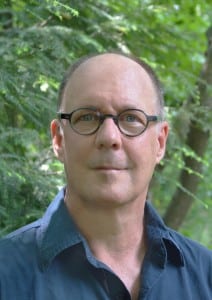 Among his awards are prizes and grants from the Guggenheim Foundation, National Endowment for the Arts and Mellon Foundation. He holds the Thomas B. Fordham Chair at Denison University and is poetry editor of the Kenyon Review. Baker’s articles and critical essays have appeared in the American Book Review, the Boston Review and elsewhere.”

Starzinger lives in New York City. Her first full-length poetry book, Vestigial, selected by Lynn Emanuel to win the Barrow Street Book Prize, was published in fall 2013. Her chapbook, Unshelter, selected by Mary Jo Bang as winner of the Noemi contest, was published in 2009. Her poem “Series #22 (white)” was chosen by Tomaz Salamun for a broadside created by the Center for Book Arts, NYC, in 2008. 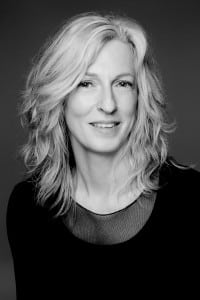 Her poems have appeared in Kenyon Review, Colorado Review, Fence, Pleiades, Volt and many others. In 2013, Starzinger was the special guest at the Frost Place Poetry Seminar in New Hampshire. In 2014, she was a Peter Taylor Fellow at the Kenyon Review Writers Workshops.

Hoch, who has coordinated the event but will not be reading, holds an MFA in creative writing/poetry from the University of Maryland. He teaches at Ramapo College and taught previously at Franklin and Marshall and Lynchburg Colleges. His poems have appeared in American Poetry Review, Virginia Quarterly Review, The Washington Post, Slate, Kenyon Review, Pleiades and many others. He was the Frost Place poet in residence in 2008.

As summer wanes, the last two Friday Night Prologues at HSVF take place this week and next. On Friday, Aug. 21, there will be a discussion with Gaye Taylor Upchurch, director of An Iliad, and on Aug. 28 Cyrus Mulready, a SUNY New Paltz professor, will hold a discussion on A Midsummer Night’s Dream. All events are at 6 p.m. and with picnics encouraged.

Hoch hopes that this initial program and collaboration will bear fruit in its continuance and expansion to other events, perhaps some in the realm of education. He stated:

One of the best things you can do as a writer is to advocate for the arts, or art will wither. Many people think the arts will exist regardless, but actually we need to constantly remind people of its value — it doesn’t just continue without maintenance and nurturing. I hope this event reminds people how important poetry is and that we should be advocating for it.

Poetry is an aspect of our culture that isn’t highlighted very visibly, yet it’s integral to who were are as people. Poetry has been around forever — but don’t take it for granted. Plus poetry is one of those things you want in and out of the classroom, and poetry readings are one of the ways this happens. We need to remind people that there’s a world of poetry out there, a thoughtful consideration of language and how language creates and shapes human experiences: how we think and do.