A new trial has been ordered for Anthony Grigoroff, convicted of second-degree murder in the shooting death of Garrison resident John Marcinak on New Year’s Eve, 2008. Grigoroff, who was also found guilty of criminal possession of a weapon in the second degree and two counts of attempted burglary in the second degree, was sentenced to 25 years to life in prison by Putnam County Supreme Court Judge James Reitz in December 2010. 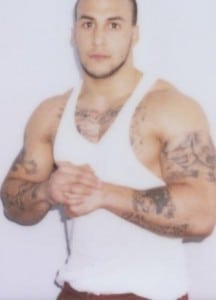 The new trial was ordered by the Appellate Division of the New York State Supreme Court on Aug. 12. In their decision, Judges Cheryl Chambers, Priscilla Hall, Jeffrey Cohen and Robert Miller wrote that “the judgment must be reversed and a new trial ordered based on the [Putnam County] Supreme Court’s error in admitting testimony regarding a separate shooting that occurred prior to the events [in] this case.” The appellate court ruled that evidence to be prejudicial.

In addition it ruled that hearsay testimony from a witness who said that she had overheard a conversation alluding to Grigoroff’s involvement in Marcinak’s death was also prejudicial.

While the court found some of the evidence prejudicial, it also stated, “[W]e find that it [the evidence] was legally sufficient to establish the defendant’s guilt beyond a reasonable doubt.”

In a prepared statement, a spokesperson for Putnam County District Attorney Adam Levy’s office said: “We have reviewed the decision, and are weighing all appellate options. Notwithstanding the error alleged by the court, the Appellate Division … held that the People had proof beyond a reasonable doubt. Therefore we, of course, stand ready to retry the case.”

Marcinak, 49, was married and the father of three children. His daughter Julie is now 20 and lives in Florida. “We were shocked that (Grig0roff) was granted a new trial, “she told The Paper. “We all knew that the possibility was there, but at least I never expected it to ever happen … Although we are all upset, we know that he is guilty and have faith that the court will once again find him guilty.”

The shooting took place in the early afternoon on Dec. 31, 2008, in front of Garrison Garage on Route 9, the towing service owned and operated by Marcinak. Grigoroff was accompanied by two other men, including his twin brother, Erick, and then 26-year-old Byron Mountain, neither of whom was charged with a crime. It is believed that Marcinak returned to the garage, interrupting the attempted burglary of his business. His body was found on a mound of snow close to the road, and at first it was believed he might have been the victim of a hit-and-run accident.

No date has been set for the new trail. Grigoroff, who was a resident of Lake Peekskill and 18 years of age at the time of Marcinak’s death, remains in prison.