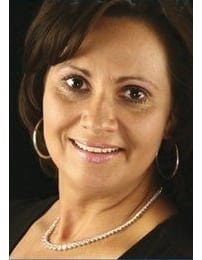 If elected, what is the single biggest issue that you will address in your home ward?

I feel the consolidating of the three firehouses and building a new one [is the biggest issue]. That has been what my ward is talking about on my campaign trail. The three firehouses need so much work done; we would only be throwing good money after bad.

So with the thought of selling off the three buildings, getting them on the tax rolls to bring more revenue to the city, and then going ahead with a new firehouse. I still need to listen to what the other wards have to say before I would make a final decision on this.

What is the single biggest issue that the City Council must address?

The biggest issue is a continuing issue: we need to keep taxes down. Hold the line on spending. Smart growth. I am concerned that raising taxes will force people out of the city they love. Consolidating services with other municipalities would be a big help. Stop all the stalling on decision-making; councilpeople are only on for a two-year term.

I feel I was getting things moving in the right direction, then all Democrats were elected and seems like the same issues are on the table being discussed again. Time is wasted and time is money.

What can you offer Beacon citizens that the incumbent has not?

I can only answer this from what Ward 1 constituents have said to me, and they feel the incumbent made promises when she was running for office, but none of what was promised has been done. They feel she has not contributed much to the council at all.

What skills or experience qualifies you to serve as a council member?

I served on the City Council from 2012-2013, and my accomplishments during that time were as follows:

I believe in getting things done and not having issues stalled for long periods of time. I got issues resolved to keep moving this great city forward. When I was on the City Council, I had an open door policy with my constituents. I took emails and phone calls and brought them forth to be discussed at council meetings and got them resolved. If I am elected once again my policy still stands: open door policy.