Benefit for The Paper sure to be a thriller

Anyone who enjoys a good read wonders, sometimes right in the midst of the story, how is this happening, what are the individual elements and how do they work together to bring this tale to the point of such enjoyment?

“The Facts of the Fiction: Plotting the Modern Thriller” is the title of an upcoming panel discussion with three prominent novelists to examine and have some fun with just how writers bake their pies for readers to savor.

Garrison resident Alex Berenson and Cold Spring’s David Duffy, along with Joseph Kanon of New York (he has friends here), will appear at Winter Hill on Snake Hill Road in Garrison on Sunday, Nov. 22, at 3 p.m. to speak about the practice of their craft and its relationship to the dangerous world we all must live in.

The dangerous world reference is because all three writers work within the broad thriller genre with particular attention to the realms of espionage, terrorism, international crime, politics and history. They create stories that probe more deeply into matters that so often dominate the headlines in our papers, news sites and social media feeds.

And the journalistic reference is all the more relevant given the event is a fundraiser in support of The Paper and its companion website Philipstown.info.

The discussion will be moderated by Ru Rauch, a former Time magazine foreign correspondent with experiences of his own to color his questions about the craft of writing and the use of other cultures’ locales as settings. Rauch reported from several foreign capitals, including Buenos Aires, Saigon, and Munich. He is a board member of Philipstown Info, Inc., our nonprofit corporation.

Rauch said he is interested in exploring several lines of inquiry with the authors. He is fascinated with their dexterity in dealing with foreign cultures and even languages because they risk their credibility with even the smallest mistake. “And then there’s the question of geography. I don’t know how Alex Berenson, for instance, deals with so many cities in such a knowledgeable way.” 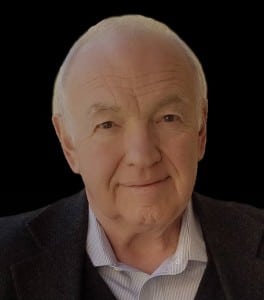 He added: “How do they get their facts right? I imagine it’s easier these days with Google; on the other hand everyone is on Google checking you, so you’re held to a higher standard.”

The books often have dense plots, some of which traverse historical periods such as Kanon’s Prodigal Spy, which begins in the early 1950s and moves well into the 1970s.

“All this is really interesting to me,” Rauch said. “How do they organize all that material? Then there is the question of where does the big idea come from that allows them to get going? And then where does David Duffy come up with Turbo Vlost, the former KGB agent?

“Then I wonder about how the whole genre has been changed by the changing of technology and how they acquired knowledge to manage their characters through the thicket of modern-day technology.”

“And there is the matter of historical prescience.” Rauch references British novelist John Buchan’s Greenmantle, which will have its 100th anniversary right around the time of the Nov. 22 discussion. The book chronicles British agents attempting to deal with a conspiracy to create a radical Muslim movement to establish a caliphate in the Mideast. “I wonder which of their books our authors think will demonstrate prescience a hundred years from now.”

Given Rauch’s background interests (he has had his own encounters with the world of spying) and the breadth of the trios’ writing, the discussion could take any number of provocative and entertaining paths. 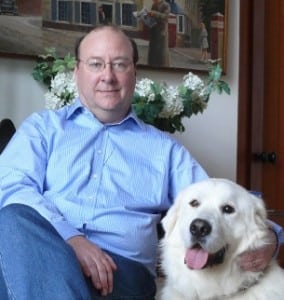 David Duffy (davidduffybooks.com) came to novel writing after a career advising global corporations on protecting and promoting their brands. His two books, Last to Fold and In for a Ruble, feature protagonist Turbo Vlost, a former KGB agent who is now a U.S.-based private investigator who finds himself pulled back into his former world.

Joseph Kanon (josephkanon.com), a former book publishing executive, has seven novels to his credit, including the most recent, Leaving Berlin. His books revisit the history of the period after World War II and the implications for countries and individuals as the great powers contend for influence over the shape of world events.

Tickets to the event are $50 each and may be purchased at brownpapertickets.com.